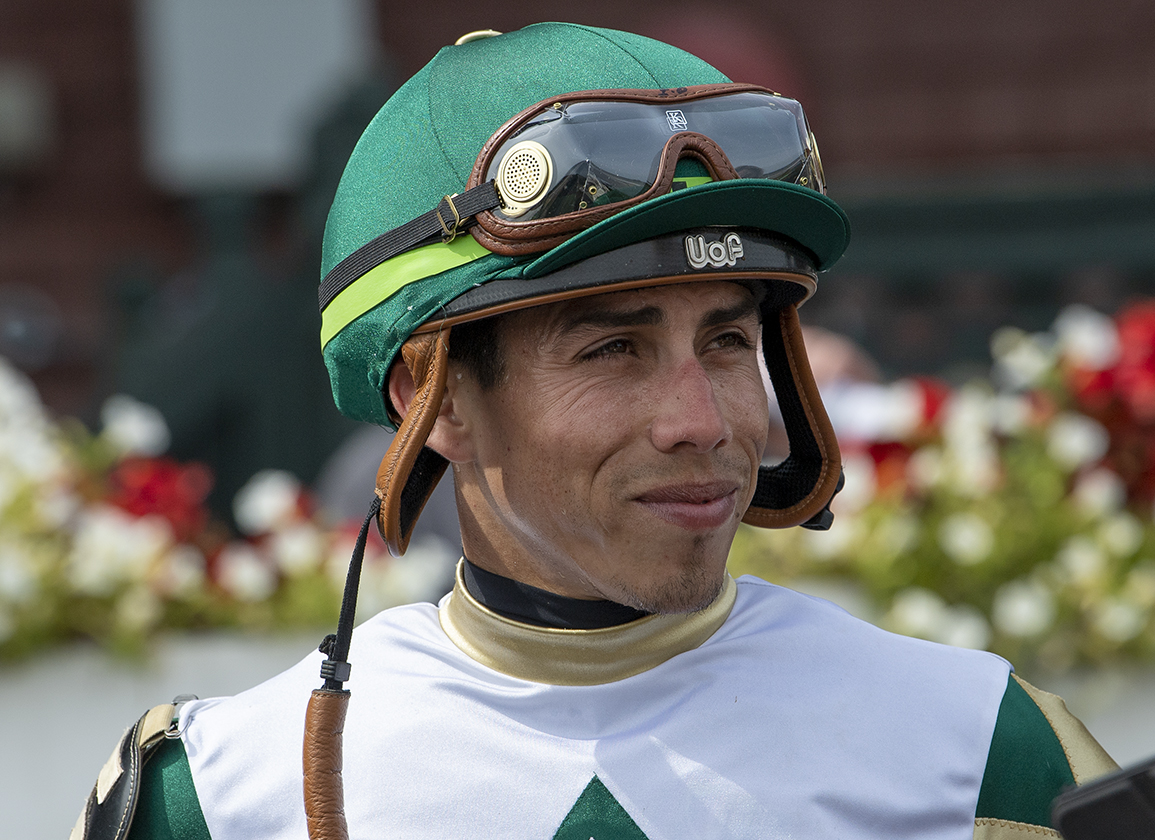 Jockey Irad Ortiz Jr. Was handed a five-day suspension Wednesday by the Royal Ascot stewards for his ride aboard Love Reigns (Ire) (US Navy Flag) in the GII Queen Mary S. earlier in the day. According to the Ascot Stewards' Report posted on the British Horseracing Authority's website, Ortiz allowed his mount “to drift left-handed without sufficient correction.” The incident occurred a sixteenth of a mile into the race when Ortiz allowed the Wesley Ward-trained filly to drift, impeding three others.  The stewards' report noted that Omniqueen (GB) (Tasleet) {GB}) got the worst of it and that her jockey Leigh Francis Roche was nearly unseated.

Ortiz is set to serve the days from June 29 to July 3. Barring a successful appeal, the suspension could keep him from riding Life Is Good in the July 3 GII John A. Nerud S. Love Reigns finished fourth. It's been a tough two days at Royal Ascot for Ortiz when Golden Pal (Uncle Mo) broke poorly in the G1 King's Stand S. before finishing last. Afterward, Ortiz revealed he was looking at the withdrawn Mondammej (GB) (Lope De Vega {Ire}) when the gates opened.