Order of Australia Returns to U.S. in Turf Mile 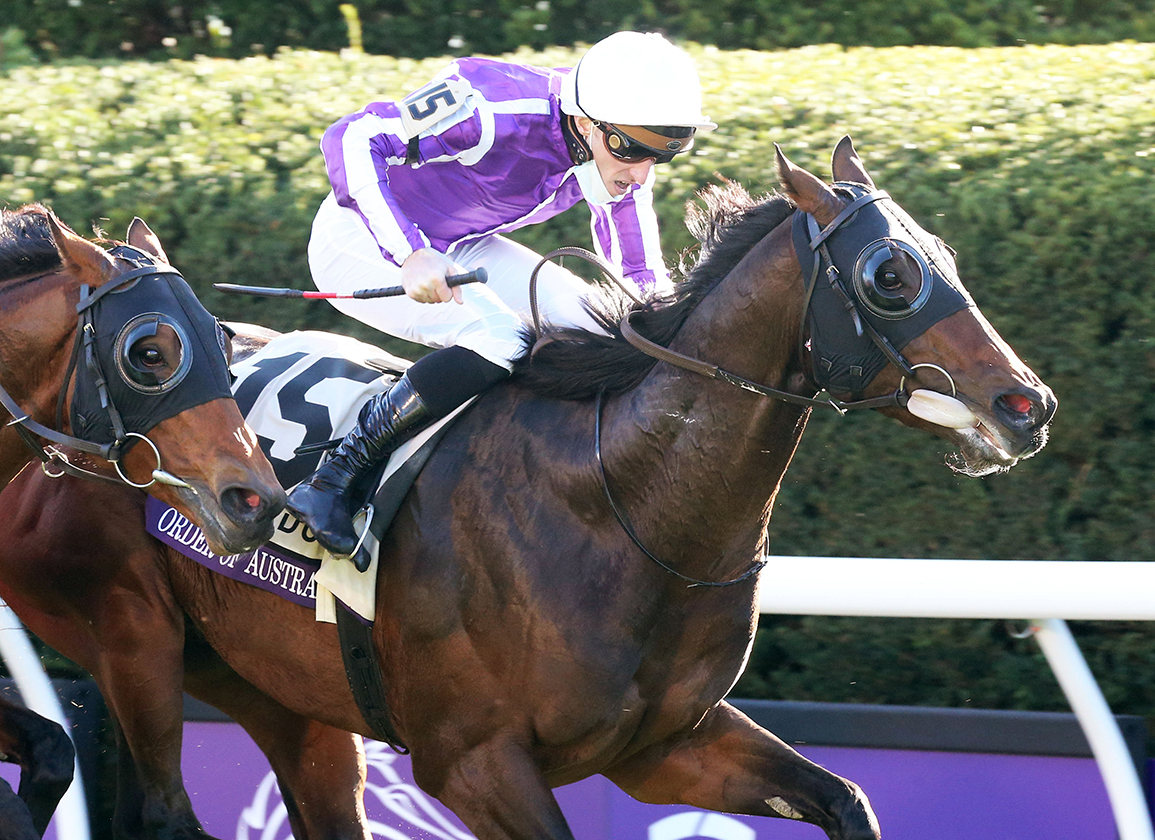 Derrick Smith, Mrs. John Magnier, Michael Tabor and Anne Marie O'Brien's Order of Australia (Ire) (Australia {GB}) returns to the scene of his biggest career win in Saturday's GI Keeneland Turf Mile and will attempt to earn a berth to this year's GI Breeders' Cup Mile. Sent off at a whopping 73-1 in last season's Mile contested at the Lexington oval, the bay came from just off the pace to prevail by a neck. Trained by Aidan O'Brien, Order of Australia arrived at Keeneland Tuesday afternoon after spending two days in quarantine at Churchill Downs. This term, the 4-year-old was eighth in the G1 Queen Anne at Royal Ascot in June before scoring in the G2 Minstrel S. at the Curragh July 18. Fifth in the July 28 G1 Sussex S. and third in Deauville's G1 Prix Jacques le Marois, he found himself 2 1/2 lengths adrift of the super-talented Baaeed (GB) (Sea the Stars {Ire}) last out in the G1 Prix du Moulin at Longchamp Sept. 5. John Velazquez has the mount Saturday and will exit post 10.

Attempting to defend his title Saturday is Ivar (Brz) (Agnes Gold {Jpn}, who will seek to become only the third horse to win the Turf Mile in consecutive years. Trained by Paulo Lobo, Ivar finished fourth, two lengths behind Order of Australia, in last season's Breeders' Cup. In Ivar's lone 2021 start, he was sixth, beaten two lengths in the GI Turf Classic at Churchill in May. Joe Talamo reunites with Ivar.