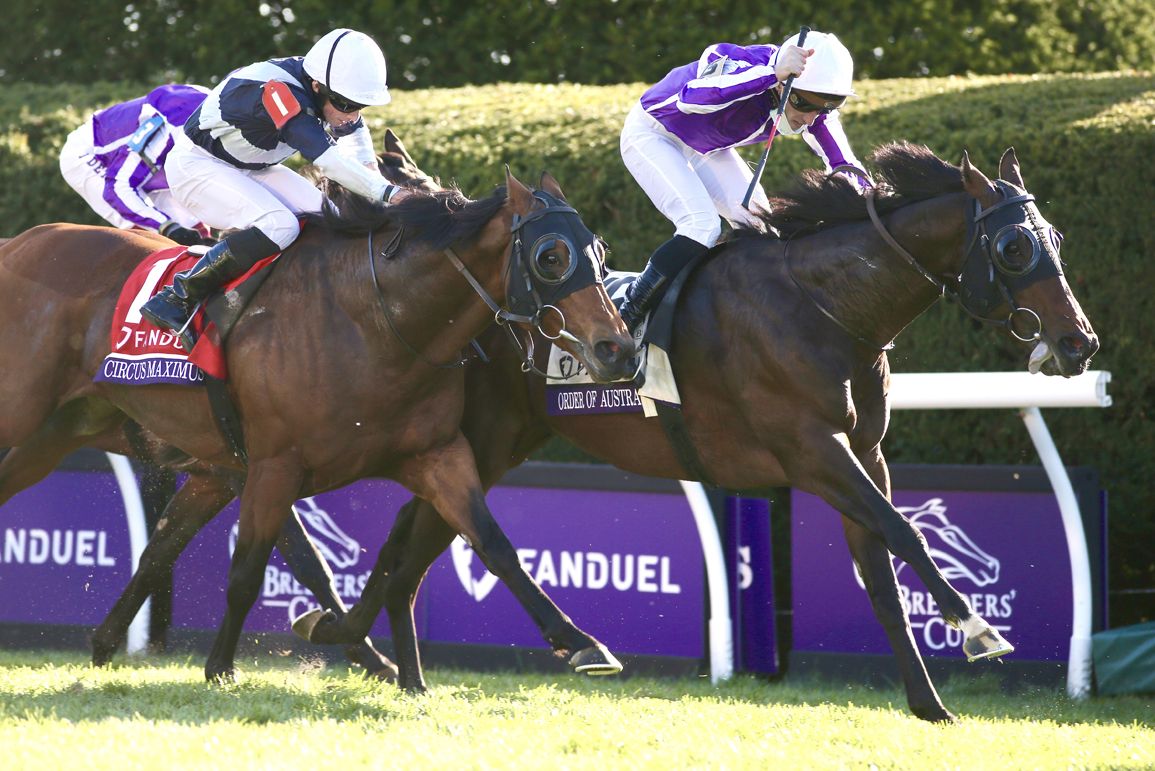 Order Of Australia (Ire) (Australia {GB}) will not get the chance to defend his title in next weekend's GI Breeders' Cup Mile after suffering a career-ending injury on Wednesday morning.

The 4-year-old, who was a rare longshot winner of a Breeders' Cup race for trainer Aidan O'Brien last year when winning at 73-1 at Keeneland, also won this year's G2 Minstrel S. He was third in the G1 Prix Jacques Le Marois and second in the G1 Prix du Moulin de Longchamp before finishing last of 12 when returning to Keeneland for the GI Keeneland Turf Mile S. on Oct. 9.

“He won't get to race again,” O'Brien revealed during a Breeders' Cup press conference on Wednesday. “He had a small fracture and had a pin put in it this morning, but the operation and everything went well. He will go off to stud now.”

“It is very possible that could happen,” O'Brien said. “I think the American handicap system is a little bit different to ours. It wasn't on ratings horses were getting in. We have four Group 1 winners who are all reserves so it is possible we might have to take Love out of [the Turf] and run her in the Filly & Mares to give the other horses a chance to get into the Turf. The horses are due to fly on Saturday. We'll have an idea by then what chance they have of getting in or not.”