Open Letter to Industry from TIF: Decision to Run Saturday at Gulfstream Affront to Integrity 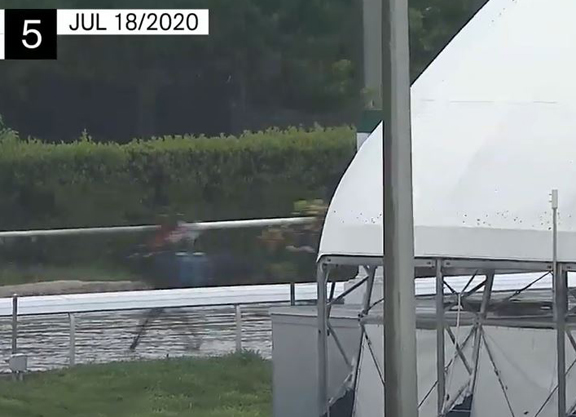 The following is an open letter from the Thoroughbred Idea Foundation:

“Will this action foster increased participation and confidence from horseplayers and horse owners?”

This should be the question considered by all decision-makers in horse racing.

Strong storms cascaded through the area around Gulfstream Park on Saturday morning. Besides races on grass being shifted to the dirt and that course being downgraded to sloppy, there was another significant change on the day.

The storm knocked-out several camera positions, including head-on views and a remote camera positioned to capture starts deep in the one-mile backstretch chute.

As a result, neither the stewards nor the betting public have any record of the start and first furlong from four races at one mile on the dirt track (click each race link to view the video as it appeared on Saturday Race 1, Race 2, Race 5, Race 10).

The Thoroughbred Idea Foundation (TIF) contacted the Gulfstream Park stewards on Sunday morning regarding this matter. They confirmed that while there was an individual observing the start of the four, one-mile races, the stewards had no video to review in the event of any incident near or soon after the start and do not believe any video was otherwise recorded for their review or public dissemination after the fact.

More than $3.5 million was handled in intra and inter-race bets involving these four races.

“If the basic measures to ensure the integrity of the race are not available to the public or the stewards, the race should not be run. The races should have been cancelled,” said Patrick Cummings, TIF's Executive Director. “Simply put, the public has not gotten a fair run for their money.”

“While a cancellation would be an unfortunate outcome for the dedicated horsepeople who had their horses ready to go on Saturday, we believe it is in the best interests of all racing stakeholders to ensure that the proper integrity infrastructure is in place for all wagering on a horse race.”

The TIF has advocated for an increase in stewards' reporting on matters related to each race, meeting the standard that has been embraced by nearly all foreign jurisdictions.

“This occurrence is akin to an assault on the wagering public perpetrated by an operator of a regulated wagering event. The actual impact, however, is completely unknown, because there is no record of what occurred. Our industry has to be better than this.”

Cummings filed a complaint after Saturday's second race with the Division of Pari-Mutuel Wagering of Florida's Department of Business and Professional Regulation.

“How long would a casino be allowed to get away with just telling customers the results of a dealer's cards in blackjack as opposed to showing them? Basically, that is what happened here.

“Customers of future races will also be impacted, though to what degree is impossible to determine given the actions of the day, as horses from the four, one-mile races on Saturday go forward.”

Chart comments for the four races lacked any remarks regarding the start or opening furlong, in contrast to other races on the card where those could be observed.

No times are available for the one-mile races, either, and hand-timing cannot be conducted due to the lack of video.

Would the actions of Gulfstream Park on Saturday, July 18, 2020 have fostered increased participation and confidence from horseplayers and horse owners?