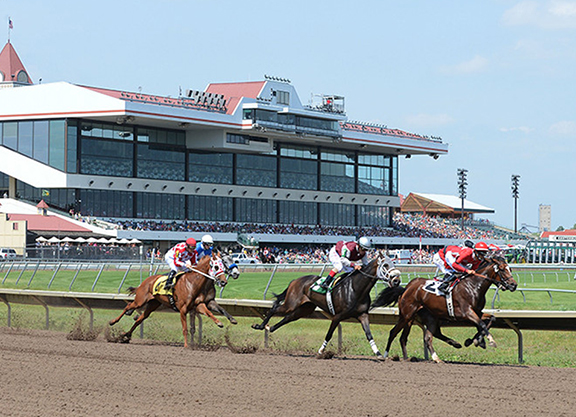 People like myself have been arguing for years that one of the sport's biggest problems is that its product is way overpriced. The cost of making a bet is the takeout and when you compare racing's take to that of virtually every other form of gambling the cost is exorbitant. People won't pay $3 a gallon for gas when the station across the street is selling it for $2.29. So why would they chose to play the horses, the most expensive gambling game around, when there are so many other alternatives?

At Canterbury Park, someone listened. In 2016, it boldly slashed its takeout rates to some of the lowest in the sport in hopes that it would spur business, lead to higher profits and set an example for the rest of the industry to follow. And it didn't work.

Canterbury cut its blended takeout rate from 20.5% to 16.5%. Total handle increased by 5.3%, even though on-track handle was actually off, by 2.9%. But the increase in handle was not enough to offset the loss in revenue due to the track getting a smaller slice of the betting pie because of the reduced takeout. Canterbury officials reported that the takeout reduction cost them $318,909, a significant amount of money for a small track. It is expected that Canterbury will announce shortly that the experiment was a case of one-and-done and will return to 2015 takeout rates for this year's meet. You can't blame them.

There was a similar story at the Meadowlands, where a short Thoroughbred “turf only” meet was held after Monmouth closed for the season. For the Meadowlands meet, they cut takeout on every pool to 15%. Not only didn't it spur handle, total betting declined by 13% at the 14-day meet.

Some reasoned that Canterbury and the Meadowlands did not achieve the numbers they were looking for because a lower takeout actually discourages the whales who play the game not necessarily to win but to take advantage of huge rebates. They need rebates that are big enough to offset their losses and therefore turn a profit. And lower takeouts mean lower rebates. But that wasn't the answer, at least at Canterbury. According to statistics provided by Canterbury the “high volume” players actually increased their betting in 2016 by 6.8%.

So what went wrong? It has everything to do with how people play the races these days.

The majority of players never think about price. They don't reason, “I'm going to place all my bets at Canterbury today rather than at Parx because the takeout is so much lower there.” They should. They just don't.

More importantly, lowering takeout at a single track is no longer a true test of the benefits of doing so. It would have been in 1970, before anyone had heard of OTBs, simulcasting and ADWs. Back then, had someone cashed a bet and got an extra $10 thanks to a lower take that $10 could only have been bet at one place, the track the fan was attending. Depending on how well the player fared through the rest of the day and how many more winners they had with the lower takeout, the extra money put in their pockets could have meant $100, $200 in churn and extra handle.

Not anymore. If the same fan was lucky enough to hit a bet at Canterbury and earn that same extra $10, chances are that $10 never again sees the Canterbury pools. With dozens of signals available to bettors every day almost all do the same thing, hop from track to track. The extra $10 is probably going to be bet in the very next race being run from wherever, benefitting that track and not Canterbury.

There may not have been a busier day in racing than Sat., July 30, as nearly every major circuit in the country was open and running that day. At 4:12 p.m. EST, Canterbury ran its fifth race. The winning exacta paid $71.40 and would have paid $67 if not for the takeout increase. Let's say the player was lucky enough to have bet $20 on the winning combination. Because of Canterbury's takeout reduction, the player had $44 more dollars in his pocket than he would have had normally.

Canterbury did not run its next race until 4:57 p.m. In between, there were 21 races run across North America available to the simulcast customer, including a stakes races from Saratoga, two races from Laurel and two races from Delaware. Just to show you how bad the glut was, at 4:21 p.m. eastern, three races left the gate simultaneously, ones from Ellis Park, Finger Lakes and Laurel. There probably isn't anyone crazy enough out there to have bet on all 21 races, but how many bet on five of them or 10 or even 12? The point is, the $44 that winning exacta player made at Canterbury in their sixth race had virtually no chance of finding its way back into the Canterbury pools. The money was bet in the very next race available, at Woodbine, or in the GII Bowling Green S. at Saratoga, at Gulfstream, Parx or any one of a number of other places.

The only way to get to the bottom of whether or not a takeout reduction would benefit not just the player but the sport itself by driving up handle in a significant way would be for every track to cut its takeout simultaneously. In America's most dysfunctional sport, that, of course will never happen.

The good guys at Canterbury gave it a try, but it was an experiment that never had a chance. The sport is not set up so that a single track can hope to have a major and successful impact with a takeout reduction. That's a shame because horse racing sells a product (bets) and it is grotesquely overpriced, perhaps the single biggest reason why the sport is struggling.

For some problems, there simply are no solutions. Unfortunately, this looks like one of them.