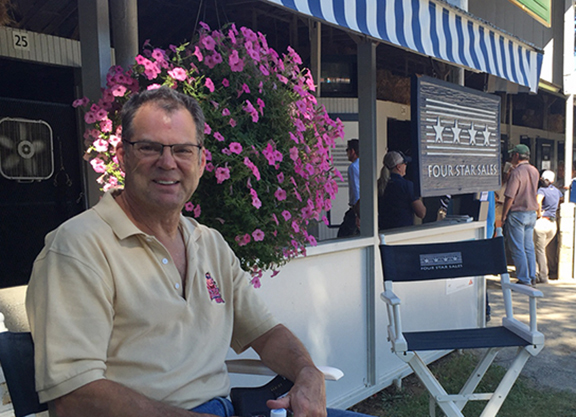 I was just 14 years old when my late sister, Ellen, took me to the Kentucky Derby with some of her friends. I was a horse-crazy kid who entered the sport by virtue of having taught myself to handicap a few years earlier.

I had fallen in love with the horses, the racetracks, the experience and most importantly at that age, by the challenge of handicapping.

We took up our place in line to enter the infield at about midnight, spending the night with thousands of others who either couldn't afford a grandstand ticket or who simply wanted to spend Derby day in the party area of the track.

As we staked out our spot, I began to wonder if anyone else in the infield that day was there for the same reason I was–to see the horses and handicap the races. As a bright-eyed kid, I saw much more than that–alcohol, drugs and nudity. But while all that was going on around me, I pressed my face to the fence at the end of the backstretch each time the field moved by on the undercard races.

When the Derby field moved by me, Shecky Greene and Sham were on the lead. Secretariat was in fourth on the outside. He wouldn't hit the front until they had straightened away for home.

When Secretariat went on to win the Preakness, passing the entire field with a sweeping move on the first turn, and then took the Belmont in the most breathtaking performance I have seen, I was hooked.

Twenty years later, I waited impatiently for Penny Tweedy to sign a Secretariat poster. I wanted to tell her what she, and her horse, had meant to me during my youth. How they had captured my body, my mind and my spirit, not to mention my brain and heart. How I had not been the same person since the 1973 Kentucky Derby.

Penny listened politely while I told her how in college, the final exam for a senior-level public speaking course was to give a speech in which you tried not just to inform your listeners but convince them of your position.

I spoke passionately about how Secretariat was the greatest horse to have ever raced.

I saw Penny many times after that, but I have always remembered that day in 1993 when she listened to me gush about my love for Secretariat and how he helped shape my life.

Penny was a great ambassador for racing, lending her name to causes and always willing to appear in public when her schedule permitted.

She understood that her place in the limelight was not of her own making; it was of Secretariat's. But she embraced it, and used his popularity–which grew even greater over time–to help promote the sport.

Penny was the better for it. And so was the industry.

Each year since Big Red was three, I have either attended or watched the Derby. I think back to having witnessed his Derby and consider where that year's winner stacked up.

Admittedly, it is a mighty high measuring stick.

He gave the sport its first Triple Crown winner in a quarter-century. In the process, he helped Penny save the family stable.

She then took his greatness and used it to become an integral part of the industry.

It is the stuff they make movies about, which, of course, they did.

I still find handicapping a challenge. And I wonder if not for the Derby of 1973, and my dear sister taking me to see it, what might have been different in my life.