Op/Ed: What's It Gonna Be: Big Tent or Elite Circuit? 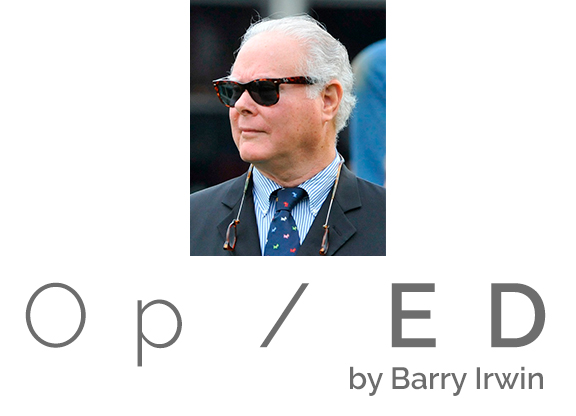 Legislation to install USADA to oversee drug policy and enforcement in American racing very well may come to a head by year's end.

If a bill can be enacted into law, the entire sport has a wonderful opportunity to succeed. If not, the game as we have come to know it will likely split into two distinct factions.

Consequently, all of us involved in every aspect of our mini-world of racing and breeding must answer the key question: Do we want a big tent or an elite circuit going forward?

If the bill passes, then it is very possible to include all racing venues under one tent. Everybody under that umbrella will be covered by the same rules and theoretically all compete on a level playing field.

If the bill never sees the light of day, it is highly likely that the next initiative will involve a special set of rules for either elite racing venues or graded races.

Passing a law that includes everybody involves asking all elements of our industry to agree to give up something in favor of the greater good. It means compromise in hopes of a better future for all of us. Americans have become increasingly polarized in politics and it has spilled over into our secular lives as well. So nowadays compromise seems more idealistic than realistic.

Having worked to enlighten my peers about the pervasive nature of illegal performance enhancing drugs through my writings over the last few decades and put forth a good effort on behalf of WHOA to move the legislation forward, I do not think that I am speaking out of school when I say that it has become a difficult challenge.

If the legislation fails to win approval, which I fear may very well be the case, the next logical step for those who want to improve the game is to push to have graded racing subjected to the same policies and rules that now are proposed for all races in America as called for under the proposed racing bill.

This is neither a novel idea nor a hollow threat. Just last week Timeform in a rare editorial asked the International Federation of Horseracing Authorities to stop giving graded status to American racing until drugs were eliminated.

Getting racing venues and jurisdictions on board for this reduced agenda seems quite doable. Peer pressure, appealing to participants' sporting nature, the love of the Thoroughbred–all intangibles–would play very well among those elites that aspire to win graded races.

Those racing men and women who want to cling to the mores and rules of the past and present will find themselves facing formidable opposition to the status quo from a new breed of owner-breeder that wants to elevate the game.

I have no fear that a move to bring all graded racing under the umbrella of an enterprise that would put the horse first would be enacted.

Would it be a fight? Would tempers flare? You betcha. However, the progressive forces would prevail in the end.

But getting back to the original question of big tent vs. elite circuit, would two racing circuits with different rules be the best thing for the overall health and prosperity of the sport of Thoroughbred racing?

I don't think so. I say bigger in this case is better. One of the best things about racing is that any Joe Schmo with a fast horse can beat a hedge fund manager with a purple-pedigreed animal. There is something more egalitarian about this aspect of the game that sets it apart from other sporting ventures.

Aside from my love of the animal itself, this David knocking off Goliath factor is what drove me toward the game, both writing about it and participating in it.

Watching a bunch of horses owned and bred by a bunch of rich people for their own amusement holds very little appeal to me personally. I am certain that I would enjoy the contests, but not the backdrop or the stories behind the horses. I guess that's why yacht racing never appealed to me.

The problem with involving everybody is the same one America faces in its politics at present. Trying to get the so-called “haves” and “have-nots” on the same page is practically impossible. Most racing in America involves average to marginal athletes.

Owners and trainers of the “have-nots” face a difficult time keeping horses sound and think that their horses require medication just in order to get into the starting gate. They also race for much lower purses. Their interest in reining in garden variety drug use is less than the elites, who are more interested in ridding the sport of PEDs.

I am not an elite, but I aspire to race elite horses. I for one am not focused on overages of legal so-called therapeutic medication or the use of Lasix. What concerns me is the use of illegal known and unknown drugs including designer drugs that boost breathing efficiency and buffer lactic acid.

As a businessman and racing man, I want a cleaner sport for the good of the game and all of its participants except those miscreants that are always trying to take an edge. My best hope for this to happen is either through passage of the legislation or an elite private club that strictly controls what goes into the body of a horse. I am for the legislation as a businessman, but I also can live with the private club as a racing man.

Opponents of the legislation, as politicians are wont to do, try to demonize and belittle proponents of bill by employing the same tactics Right Wing politicians use to deride Liberals for their backing of initiatives to protect the environment.

Dividing members of the nationwide Thoroughbred racing industry serves no purpose other than to make the entire enterprise vulnerable to outside forces such as PETA that would like to see racing outlawed altogether.

We are living in a time when regulations are seen by those clinging to the status quo as stifling and counterproductive to business.

I humbly submit to those folks, who would abandon the quickly vanishing opportunity of seeking coverage under the big tent, that they will all be better off under it than out in the wilderness, because once graded racing is held to a higher standard, the remainder of racing will be recognized for exactly what it is.

Want to know what that is? Take a look at racing in the state of Pennsylvania.

So the choice is ours to make.

Will racing change, improve and move forward under one big tent or will the elites break off into private clubs, take the cream off the top and by doing so leave their ex-peers with their derrieres hanging out in the wind and cold?