Op/Ed: What is the Goal Behind the Cap? 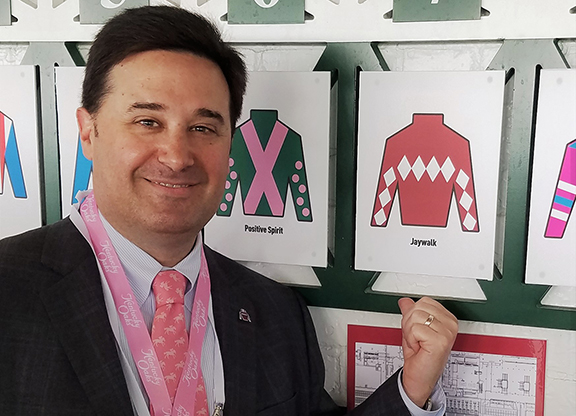 I love this business and I am a true fan of the sport and an admirer of its equine athletes. I am fortunate enough to participate on a weekly podcast and occasionally write business-related articles for the Thoroughbred Daily News. Both forums enable me to voice my opinions on various topics including the recently enacted commercial breeding cap on the number of mares bred to a stallion annually. I also feel it is imperative to start this piece with a few disclaimers–I do not own a stallion, nor any shares. I am not a Kentucky land-owner, nor do I plan on ever buying a horse farm. Other than being a breeder and owner of Thoroughbreds, I do not have any agenda or dog in the fight about the recently enacted Jockey Club rule change limiting number of mares that can be bred to a stallion.

I genuinely applaud The Jockey Club for taking a stand and implementing a rule that they feel will help perpetuate the sport in the future. We are a relatively “leaderless business,” so I am thankful that The Jockey Club is attempting to establish regulations for the betterment of horses. I respect what Jockey Club president and COO James Gagliano has accomplished over the years and consider him a true ambassador of the business.

As a Certified Financial Planner, I study economics and financial trends and I am a firm believer in allowing the free market to be the driver of an industry. I personally do not endorse sanctions to deter, nor subsidies to artificially enhance businesses. Both Headley Bell of Mill Ridge Farm and John Sikura of Hill 'n' Dale Farm have publicly voiced similar economic- driven arguments and I have had countless private discussions with other industry leaders endorsing that philosophy.

Therefore, I was taken aback with the news that The Jockey Club implemented a game-changing rule which caps the number of mares that a stallion can be annually bred to 140.

The regulation itself does not surprise me, as The Jockey Club floated the concept last September. But two things about the ruling did: 1) What is the science behind the new regulation and 2) what other options were discussed?

The Jockey Club's official statement claims that the rule “will promote diversity of the Thoroughbred gene pool and protect the long-term health of the breed.”

However, there are just as many top stallions who possess little to no inbreeding in the first four generations of their respective pedigrees including American Pharoah, Arrogate, Flintshire, Into Mischief, Uncle Mo, etc., as well as stallion prospects Tiz the Law and Nadal.

I would go out on a limb and suggest that every generation of new stallions possesses an equal number of inbreeding and outcrosses. It is then left to a combination of genetics, Mother Nature, economics (and sometimes) blind luck to determine which foals succeed on the racetrack and subsequently get re-introduced back into the gene pool.

But my hypothesis and estimates are just that–(un)educated guesses at best. I do not have the authority, nor the funding, to commission the studies necessary to direct an entire industry.

Which brings us back to my initial questions and concerns. I would like to see the reports commissioned by The Jockey Club which ultimately led to the artificial limit of future matings. How did they land upon the hard cap of 140 mares? Are they willing to reveal their sources and findings so we can review and discuss them as an industry?

The second question I raised earlier was, “What other options were discussed”?

I am not a geneticist, but I do actively participate in the breeding industry–we have over 20 mares in our broodmare band and over the years have bred Champions, Grade I & II winners by Mizzen Mast (one of the best examples of an outcross as there is in the stallion registry), Speightstown, Storm Cat, and Tapit (one of the most inbred stallions around). As such, I have read numerous books and articles on genealogy, including those written by Ken McLean, Federico Tesio and other top equine breeders. My rudimentary understanding of genetics is that to avoid a shrinking gene pool, new bloodlines need to be introduced and/or reinforced.

If The Jockey Club's goal was to truly expand the gene pool and promote soundness in horses, then why not a) prohibit the registration of foals who are inbred within the first three generations, or have a certain percentage of common bloodlines; b) establish a formal and legal definition of the term “outcross” and brand The Jockey Club papers for those resulting foals. Tracks could then offer restricted races to outcrosses only, which would enable those foals an easier way to earn more money, black-type, etc., elongate racing careers and provide better opportunities for stakes participation; and c) offer outcrosses free nomination to the Breeders' Cup or the Triple Crown. (I realize that the later two suggestions would call for the involvement of third parties, but it would potentially increase the participation in those top races, which would naturally enhance the likelihood of an outcross being introduced to the gene pool). Like state-bred foals, outcrosses would then be eligible for additional benefits, which would subsequently enhance their pre-race sales value.

The above suggestions would not encroach on fair trade/free market discussions. It would also avoid going down the artificial insemination rabbit hole, which would likely address the healthy concerns of overbreeding a stallion. Rather, it would add value for some future foals, provide opportunities for less-commercial stallions and expand the gene pool.

And aren't those the goals of The Jockey Club in the first place?

Jon Green is the general manager of DJ Stables, and is a Certified Financial Planner.