Op/Ed: What Do FOBT Cuts Mean For Racing? 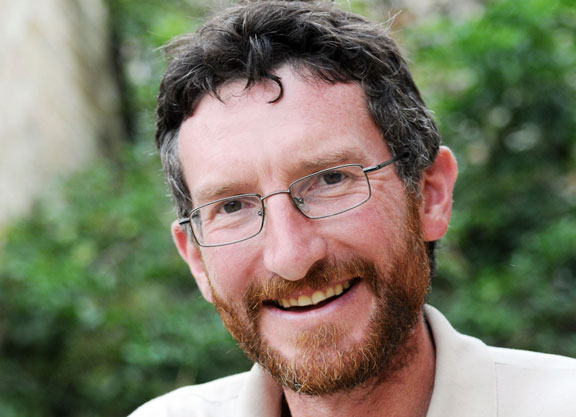 It appears likely that British racing will shortly receive a stiff reality check following the government's decision to reduce the maximum stake on Fixed Odds Betting Terminals (more colloquially known as slot machines or one-armed bandits) from £100 to £2. Storm clouds have been brewing for many years as the nation's betting habits have been changing, but the FOBTs have been shielding British racing's little corner of the world from the worst of the chill winds. That seems likely to change in the near future.

On May 1, 1961, Harold Macmillan's Conservative government legalised off-course betting, prompting the opening of around 10,000 betting shops. Initial, doomsday predictions had been that this might kill the sport as racecourse attendances would surely plummet. While it is true that the massive crowds which thronged British racecourses in the post-war years are a distant memory which has largely gone forever, their decline was more than offset by the creation of the Horserace Betting Levy Board, authorized to collect a slice of the betting turnover and pass it on to the sport as compensation.

The charismatic Scottish bookmaker John Banks, a 'king of the ring' in the 1960s and '70s, was one of the fastest out of the traps, building up a string of 34 betting shops in and around Glasgow (before selling them in 1972 to Mecca Bookmakers, a corporate firm which itself was subsequently taken over by William Hill). However, he didn't refer to his premises as betting shops: “I don't call them betting shops; I call them money factories. To have one is a license to steal money. Week in, week out, it just pours in.”

Of course, though, nothing lasts forever. The glint of the golden age soon began to fade. 'Diversification' is often hailed as the way forward, but diversification of punting habits has been bad news for racing: our sport formerly had the punting market cornered, but nowadays racing's market share is less than 50% as betting on other sports has mushroomed. Throw in the invention of the internet and the consequent explosion of internet betting, and we have seen the betting shop boom turn to something not far short of bust.

What, however, has been continuing to breathe life into the ailing patient has been the advent of the FOBTs. Betting shops were thrown a life-line in 1991 when the government gave permission for each shop to house four FOBTs. These machines became the 'money factories'. And it wasn't just the bookmakers who were profiting. As the yield from the Levy stalled, the racing authorities combined with the racecourses to reach a deal with the off-course betting industry to sell the pictures of the races. Without the FOBTs, the country's betting shop population would have been in rapid decline: as it was, big betting firms found themselves happy to maintain, say, three otherwise unprofitable betting shops on the same high street (each paying for its pictures of the races) as 12 FOBTs on one street were better than four.

In a stroke, however, the noose has slipped around the neck of the golden goose. It is hard to know exactly what the figures will be, but the slashing of the maximum stake on the FOBTs is certain to lead to widespread betting shop closures. Each shop-closure will mean one fewer shop paying for the pictures. Granted that this is probably a worst-case scenario, but one estimate of the potential loss to racing's finances is £60-million per year.

Where does this leave us? That's hard to say. It's even harder to say where this leaves the betting industry. Most of its spokesmen have, understandably, painted a bleak picture, but that might not be the full story. Peter Jackson, CEO of Paddy Power Betfair, has put a far more positive spin on this week's developments: “We do not envisage that this proposed change will have a material impact on our UK retail strategy. We have previously highlighted our concern that the wider gambling industry has suffered reputational damage as a result of the widespread unease over stake limits on gaming machines. We welcome, therefore, the significant intervention by the government today, and believe this is a positive development for the long-term sustainability of the industry.”

From a purely short-term financial point of view, it is close to impossible for any spokesman for 'racing' to welcome the government's intervention. However, neither could such a spokesman comfortably criticise it: no one with either a social conscience or any awareness of PR could declare serious opposition to a measure generally regarded as a positive step forward for society, simply on the basis of one's own financial self-interest.

Most clouds have a silver lining, and racing can perhaps take some heart from what is likely to be a fairly serious setback to the sport's financial health. In line with Peter Jackson's observations, since the link between FOBTs and problem gambling first came under the spotlight, many in the sport have become increasingly uncomfortable with our reliance on the slot-machines and the problems which they are believed to cause. Our greatest shaft of sunlight, however, is likely to come via Nick Rust, Chief Executive of the BHA.

Rust's extensive and impressive background within the betting industry, allied to his current position within the sport's administration, makes him uniquely well placed to see the bigger picture and, crucially, to do something about it. His overview of the situation subsequent to the government's announcement hit all the right notes. Beginning his statement by declaring that “British racing has a strong social conscience and we support measures announced by the Government today to reduce the harm caused by problem gambling”, he went on to make it very clear that dialogue is already ongoing with both the government and the betting industry to emphasise that the maintenance of a healthy racing industry is in everyone's interest, and to see what can be done to offset the heavy hit which racing's financial health is about to suffer.

Tough times definitely lie ahead, but it might be premature to be sounding the death knell just yet.