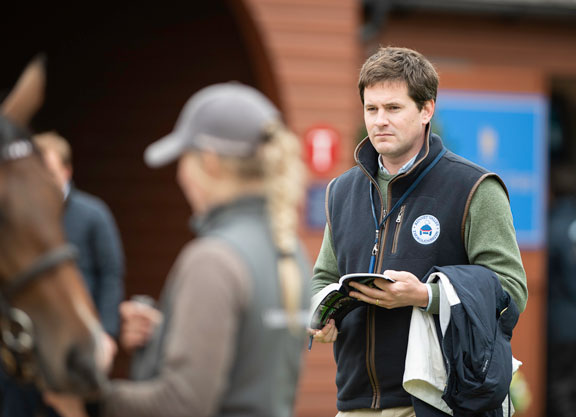 Sam Hoskins, an owner, breeder, syndicate manager and ROA board member, gives us his view of how the reduced prize-money will impact racing in Britain

From where we were back in the spring, to get racing back on was an incredible achievement and obviously everyone understood then that prize-money was going to be hit. Horsemen accepted that up to the point when it became clear that, despite media rights flowing, there was going to be largely no executive contribution from the majority of racecourses. The call for transparency over media rights payments has been around for a while now and it has become more widespread and vocal lately as horsemen have rightly sought to establish the full, if bleak, picture of this main source of industry funding–one that should be co-owned by racecourses and horsemen in my view. For a while now, the ROA board has been aware of the figures cited in Project Enable which points to an unaccounted sum of over £100m between the gross total media rights and the amount paid to racecourses. Hopefully this all becomes clearer in due course.

It has obviously been great to get a few owners back on track slowly but surely. Some racecourses have made a fantastic effort but there are others who've done the bare minimum and, frustratingly from my perspective, haven't shown sufficient flexibility regarding badge allocation. I run two syndicates, Kennet Valley Thoroughbreds and Hot To Trot Racing, and the key to success isn't always about winners–it is about giving everyone the best time possible and making it fun. The problem to date this summer, despite some wonderful television coverage by ITV and RTV/SSR, there has been little fun to savour on the racecourse. While we've done our best to convey that excitement via new communication platforms, ultimately mornings on the gallops and days at the races form a huge huge part of racehorse ownership, and indeed being part of a syndicate. At the moment, as well as running for peanuts, syndicates are being vastly restricted in terms of numbers being allowed on track while all owners are finding it tough to accept an owner's experience with such limited interaction with trainer and jockey. Many are choosing to stay at home and watch it on TV, which is fine but a bit sad I feel. People do understand the restrictions have been imposed by government but with so many mixed messages it is getting harder to understand why racing, which is fundamentally an outdoor sport, has taken so long to welcome back crowds, even if they have to be reduced in number in the short term. I feel perception is winning the battle over common sense right now.

Hopefully the forthcoming racegoer test days will give rise to the above because ultimately we are an entertainment industry. To a certain extent you could say that prize-money doesn't come into that part of the business, but there are many reasons why prize-money is important. Firstly, having some reward for your investment allows smaller owners and syndicate members to subsidise their reinvestment in the sport year after year. Then of course there is the competition we face from fellow racing nations such as France, Ireland, America, Hong Kong and Australia, where the prize-money pools are far greater. [Editor's Note: The pilot project for fans at Doncaster's St Leger meeting was cancelled after Wednesday's card due to government directives.]

As John Gosden has already warned so eloquently, we run the risk of becoming a nursery for other nations, and it is clear that an increasing number of good horses are being bought to race on overseas. It is vital for Britain's stature in the racing world that we are able to retain a far greater number of our better horses, not only to put on the best racing, but eventually for the best of them to join the breeding pool. Prize-money is also vital for trainers, jockeys and stable staff and without their percentages, training fees may be forced even higher than they currently are.

Most owners realise that if they have a bad horse they are going to win little or no money, but if you are lucky enough to have a horse rated 90 or 100 on the flat and you are running for £10,000 to the winner, then even if you win you've barely paid half of your annual training fees. This is very far from the situation experienced by owners in most other racing nations, where they can at least cover their annual costs with a decent win or two.

If owners felt confident that the racecourses, especially the big racecourse groups, were doing as much as they could to ease the situation then that would be fine, but there's been a lot of uncertainty surrounding the funding mechanism and size of the growing media rights pot for years, not just since the onset of COVID-19. The lack of transparency over media rights and what the racecourses are actually being paid for owners running their horses at their tracks remains a sticking point. Some independent racecourses have commendably opened their books in recent times but the large racecourse groups continue to frustrate, not least as the business model for some of their tracks (i.e the all-weather tracks) hasn't actually changed as significantly as it has for the majority who rely so heavily on crowds.

I know racing can be perceived as an elitist sport but we need people to be involved at all levels and for more owners to be brought into racing. For that, we need to support the grassroots of the sport and provide the appropriate aspiration to own horses and 'buy a dream'. It will be interesting to see how the field sizes hold up this autumn when the fixture list resumes as normal. To be honest, a reduced pool of horses and resulting increased competition for runners going forwards could be a good thing as, while price elasticity isn't exclusive to racing, it might force some tracks to prioritise executive contribution into prize-money.

From the syndicate members I have been speaking to, there is a concern about coming back in next year, especially if they feel that they will be unable to go to see their horse run, and at the moment, only a handful of syndicate members are granted access to a racecourse even if they have a runner.

I have a few shares in horses myself in France but I could never afford to do that here. In Britain, we are never going to have a Tote monopoly like they do in France, but there are a few things they do there that we could try here. For example, the Quinté + handicap which is run in France every day. I don't see why that wouldn't work here, to have a feature handicap that is a daily betting focal point, with a premier race and a secondary race, and guaranteeing 16 runners and good prize-money.

Ultimately, of course, it is so important that horsemen, racecourses and bookmakers all work together. It is very easy to criticise but it's so much harder to come up with solutions. One point that I feel sure horsemen and racecourses can certainly agree is a push for levy to be collected on a percentage of turnover rather than profits and for levy to apply on overseas horse racing bets. That would make a huge difference, and it would benefit racecourses as well as horsemen.