Home » Archive » Europe » Op/Ed: Involving the Many Over the Few

Op/Ed: Involving the Many Over the Few 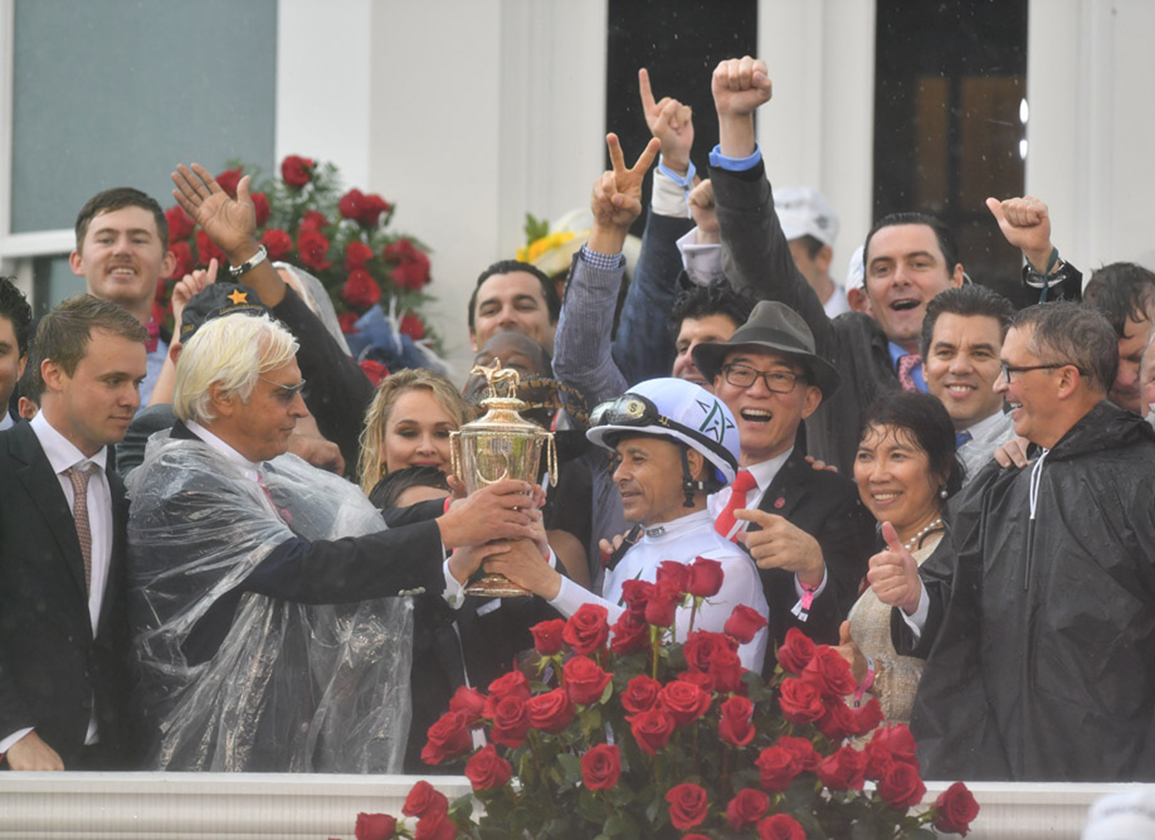 One year, five months, and five days. The difference in time between the two defining moments in a lifetime of racing, the birth of Sheikh Mohammed and John Magnier. To understand tomorrow's racing pioneers, where does it begin for our two greatest? Sheikh Mohammed rode bareback races with his friends on the sands of Jumeirah Beach and John Magnier took charge of his family farm aged 15 after the untimely death of his father. Today, where will the defining moment of inspiration be for the next generation? I haven't seen Mark Zuckerberg or Elon Musk at Golden Gate Fields lately. As a society we are moving away from generations whose parents or grandparents may have been on a farm and through urbanization, society's connection with the horse will be challenged. We need to re-engage the masses with the sport we love. That is why I believe our future may not be embodied in a person's singular brilliant vision, but in our pivot as an industry to ever involving the many not the few in the journey of the racehorse.

Write down the goals you'd like to achieve in racing. That win at your local track. Prevailing in the race you sponsor. Go on, put it down–that Triple Crown victory. How much easier, how much economic sense and how much more fun it would be to do it with others. Racing is grasping the opportunity–syndicates are up 43% in Ireland this year according to HRI and Australia registered almost 80,000 owners in 2017 up from 68,000 just five years previously. Yet it cannot be understated, nurturing this positivity globally and capturing the collective is the greatest challenge racing faces today.

In today's social media empowered society, using the right tools, the many can now beat the mighty. Alexandria Ocasio-Cortez was a 28-year-old part-time bartender when she decided to launch her bid for Congress. Her rival for the Democratic nomination was Joe Crowley, one of the most powerful political figures in the country. The Ocasio-Cortez campaign could only spend $194,000 to the Crowley campaign's $3.4 million. However, Joe was old politics, Alexandria knew how to play a different game to a new generation that racing now needs to learn. Nearly 75% of her donations were small individual contributions, while less than 1% of Crowley's contributions were. Just as racing must, she empowered those that were small but no less passionate to amplify her message on social media. She understood the superior impact a passionate pack can have over a powerful person in the digital age. Against all odds, she is now set to be the youngest women ever elected to Congress.

Racing, by harnessing a collective connection like Ocasio- Cortez, can redefine how to gain interest in the sport. Instead of being dependent on powerful interests, racing needs that pathway for that passionate pack to be involved. In Australia, our undoubted most thriving racing nation, more than half their owners are over 50 according to the latest Racing Australia Fact Book. It's important we find building blocks of involvement to allow those in their 40s, 30s and even 20s to consider horse racing ownership as a tangible option. These generations wouldn't blink in renewing their sports teams' season tickets or continuing their Spotify subscription. Done right, racehorse ownership has an incredible stickiness–once you're in, you're in for life. However, it's greatest challenge is getting that initial flirtation. Racing needs a swipe right. A bareback race down Jumeirah Beach might not still produce our greatest global pioneer (might also be a bit busier now), but we must innovate relentlessly to find the new tap into this generation.

Our greatest challenge should be a piece of cake. Innovative tiers of the capital structure's cake can reflect what the participants truly want from a racehorse. SF Bloodstock selling their racing rights to Starlight Racing and Head of Plains Partners in Justify (Scat Daddy), but retaining the breeding rights is a prime example–the high-risk, long-term yield-chasing breeding rights retainers supported in their pursuits by the thrill-seeking but perhaps more financially cautious lease holders.

A global sales ring can always guarantee one thing–a glum breeder after their pride and joy failed to meet their expectations. Farmers for generations have innovated around this issue by forming a co-op of the many so that if their crop was below expectations or suffered a veterinary issue, their neighbour would help them out. A breeder's cooperative repackaging horses together embodies that capital innovation and it is needed. This can deliver a more risk adjusted and fun result for their owners who have put so much into their development only to be disappointed in the ring.

Three Group 1 winners at Royal Ascot didn't sell as yearlings at the Tattersalls October Sales–Accidental Agent (GB) (Delegator {GB}), Without Parole (GB) (Frankel {GB}) and Stradivarius (Ire) (Sea The Stars {Ire}). While those were raced on by their breeders, more can be done to play a more active role and take this forgotten talent pool to the races. We have been focused too long on selling the private plane. Racehorses, as has been noted on many a gallop, are like aeroplanes. On most planes, there's first class, business and economy on the plane you're on for a reason.
To accomplish our goals, perhaps, racing should look between the goals too. Real Oviedo was a maiden claimer of a Spanish football club, rarely in the top flight of Spanish football. In 2006, a man named Alberto González took a controlling share in the club–he proceeded to not pay taxes, buy a team bus that didn't fit in the grounds the team played in and disappeared into the night. Oviedo found itself in need of €1.9 million or the club would be foreclosed–robbing the proud northern Spanish city of their mediocre but beloved side. Where to turn then? The people themselves. A special fan-focused, social-media focused share issue was launched. In two weeks €1.93m worth of shares were bought by more than 20,000 people in more than 60 countries. What's more, the story caught the attention of Carlos Slim, one of the richest men in the world. He invested an extra €2 million and has continued his investment since then.

Extreme wealth and the passionate fan cheering the same horse, now that's a story that should get our attention. Like Oviedo, racing needs to create opportunities to involve the public. A syndicate can be set-up with the expressed intention to raise funds to accomplish an audacious goal like win the G1 Melbourne Cup. Opportunities certainly arrive, ante post favourite Withhold (GB) (Champs Elysees {GB}) cost just £170,000 at the Tattersalls Horse in Training sale and Ian Williams's contender Magic Circle (Ire) (Makfi {GB}) was a snip at £70,000 a year later. Under this year's new prize-money system, connections receive $150,000 if they finish in the top 12, let alone take home the winner's A$4 million in prize-money and trophies worth $250,000. A runner in the Melbourne Cup? That's a crowd we all want to be in.
Ultimately, journeys together–not alone–can take you special places. Just ask WinStar, China Horse Club, SF Bloodstock, Head of Plains Partners and Starlight Racing. That day at Belmont, they knew something the rest of the crowd didn't. Frank had it wrong. If I can make it there, I'll make it anywhere. To win in New York, Frank had to start with “we”.  Start with the many not the few. It's not a difficult decision to Justify.