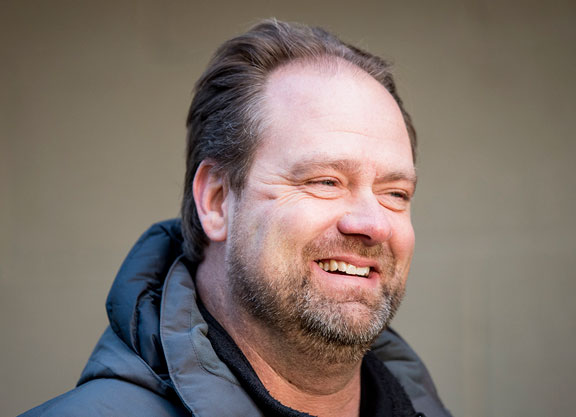 Trainer Doug O'Neill has been fined $7,500 and handed a 10-day suspension, starting Monday, Mar. 8, for a positive Lidocaine finding in a past-race sample from last October, as first reported in the Los Angeles Times.

According to the Times, O'Neill negotiated a settlement agreement with the California Horse Racing Board (CHRB) requiring him to serve only 10 days of a 30-day suspension, on the proviso he doesn't incur any further medication violations for a year.

The positive concerned Howbeit (Secret Circle), second at Santa Anita Oct. 9, who was found to have a metabolite of Lidocaine, an anesthetic, in his post-race sample.

On Twitter Sunday, O'Neill acknowledged the fine and suspension, writing, “I take 100% responsibility for the miniscule (parts per trillion) amount of Lidocaine detected in one of my horses post-race. As the trainer of the horse, the buck stops with me.

“Lidocaine is prevalent in numerous over-the-counter medications used to relieve pain and itching caused by minor sun burns or other burns, insect bites and the like. Lidocaine is an ingredient in human creams.

“I know with certainty that I have never administered Lidocaine to any of my horses, ever, and that this has to be an environmental contamination. The amount involved would not affect a horse's performance.”