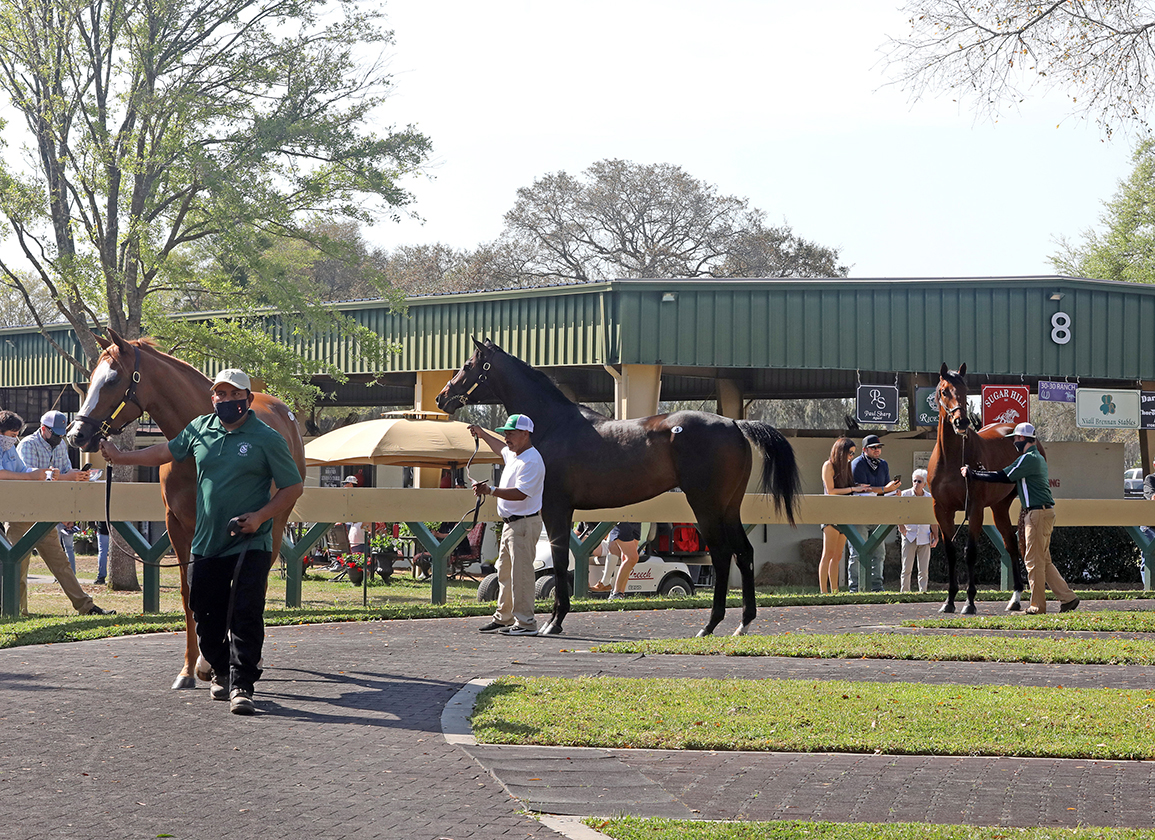 The three-day Ocala Breeders' Sales Company's June Sale of 2-Year-Olds, one of the last stops on a juvenile sales season which has recorded strong demand for horses from its start in Ocala in March, on to Gulfstream Park in Hallandale, back to Ocala in April, and most recently in Timonium, Maryland, begins Wednesday morning at 10:30 a.m.

“We certainly hope that the type of trends we saw in April and in this whole 2-year-old season translate over to June,” said OBS Director of Sales Tod Wojciechowski.

This year's OBS April sale produced its highest-ever gross, while both the average and median were just off records set in the auction's pre-pandemic 2019 renewal. Last month's Fasig-Tipton Midlantic Sale in Maryland posted records for gross, average and median.

With 927 juveniles catalogued for the June sale, there are offerings to appeal to buyers at all levels, according to Wojciechowski.

“I think it's a good catalogue,” Wojciechowski said. “June has certainly grown in its stature within the 2-year-old sales calendar and I think that once again there is something here for everyone.”

While numbers were predictably down during last year's June sale, which was postponed to July due to the pandemic, the auction's 2019 renewal was topped by a daughter of Into Mischief who brought a sales-record $900,000. Last year's sale was topped by a Distorted Humor colt who sold for $700,000.

Those type of results are indicative of the June sale's move from a sale of last resort to a destination in its own right.

“Absolutely, June has evolved,” Wojciechowski said. “June went from a couple hundred head of horses to a strong sale in its own right.”

Wojciechowski credits some of the June sale's success to the lengthening of the yearling sales season.

“If we look at the calendar of selling horses, back in the day, there wasn't a yearling sale after September,” he said. “Now you have a lot of yearlings left to be sold until late October. So I think the sales have migrated later in the calendar and I think it makes it a lot more appealing to those people who buy those horses later to know that they have an avenue to sell those horses and they don't have to rush them into March or April.”

“I thought it was very good,” Wojciechowski said of the under-tack show. “Of course it's June in Florida, so it was a little warm. But all in all, I thought it went very smoothly. The track played fair all five days and I'm glad that we were able to let these horses display their abilities.”

The June sale will be held Wednesday through Friday with bidding beginning each day at 10:30 a.m.