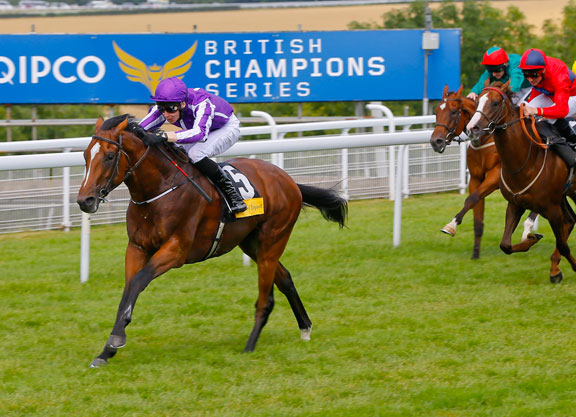 The Longines Hong Kong International meeting is one of the few major international racing events where Aidan O'Brien has not tasted success, but he will be hoping to fill that CV omission in 10 days time when he sends out Highland Reel (Ire) (Galileo {Ire}) in the G1 Hong Kong Vase. The 3-year-old has chalked up a lot of air miles this year winning the GI Secretariat S. at Arlington Park in August en route to a fine run in Australia when third in the G1 William Hill Cox Plate at Moonee Valley Oct. 24. In between he posted a solid effort when fifth beaten less than four lengths behind Golden Horn (GB) (Cape Cross {Ire}) in the Sept. 12 G1 QIPCO Irish Champion S. at Leopardstown.

“Highland Reel was a little unlucky not to be second in the Cox Plate but we were very happy with his run and he's been in good form since,” said O'Brien. “To be honest, I think he is equally effective over a mile and a quarter and a mile and a half. He is a very uncomplicated and tactically versatile horse, which makes the jockey's life a lot easier. I think both the likely ground and the track at Sha Tin should suit him well. From day one, we have always thought a huge amount of him and nothing has happened in the meantime to alter that view.”