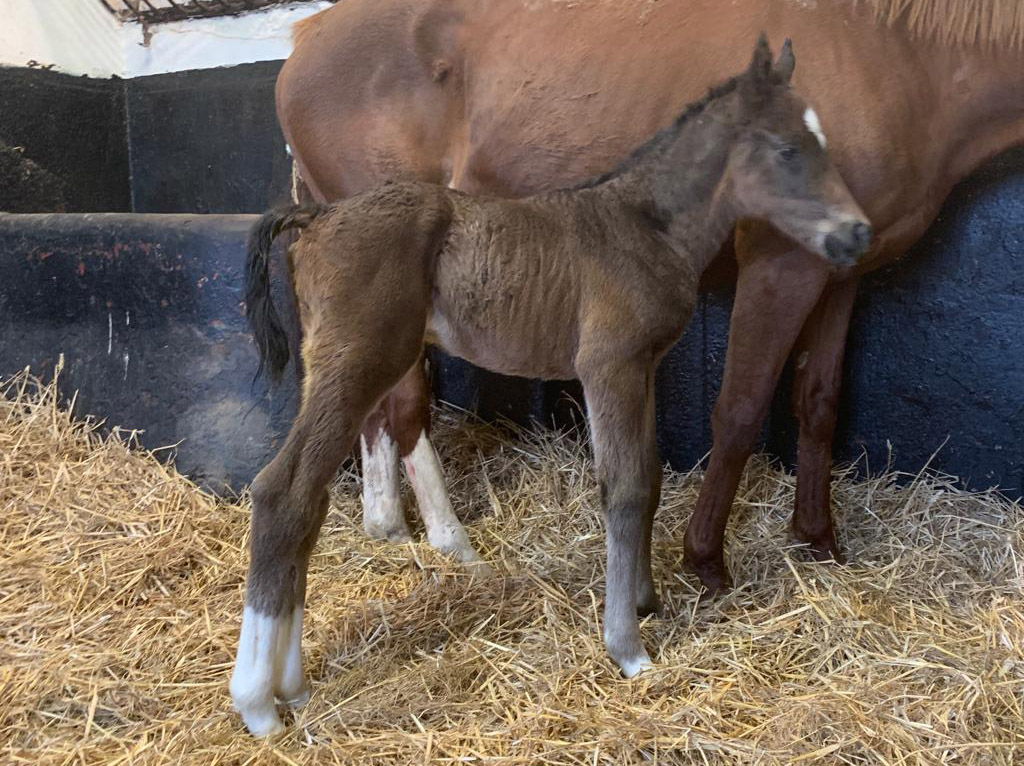 Too Darn Hot colt out of Talent | Courtesy Luke Lillingston

The stakes-producing Talent (GB) (New Approach {Ire}), winner of the 2013 G1 Investec Oaks, foaled a colt foal by Too Darn Hot (GB) at 5 a.m. on Saturday morning at Luke Lillingston's Mount Coote Stud in Co. Limerick, Ireland. Bred by Ashbrittle Stud and Mark Dixon, he is the first foal of the season at Mount Coote.

“He is very nice,” Lillingston told the TDN. “He looks like a strong foal. He was only born at 5 a.m. this morning but he's good-looking and strong, and I can say both of those things with a degree of confidence.”

Talent, who was also runner-up in the G1 St Leger and third in the G1 British Champions Fillies & Mares S. during her Classic campaign, has got off to a strong start as a broodmare, her first foal being Ambition (GB) (Dubawi {Ire}), who won at pattern level each of the past three seasons. Ambition beat the future Group 1 winner Grand Glory (GB) (Olympic Glory {Ire}) when she won the G2 Prix Corrida in 2020 for trainer Xavier Thomas-Demeaulte, after which she was second in the G1 Prix Jean Romanet. Ambition won the G3 Prix Fille de l'Air on Nov. 11 in her final start, and she will be covered by Frankel (GB) this year.

European champion 2- and 3-year-old Too Darn Hot's first crop are yearlings this year.