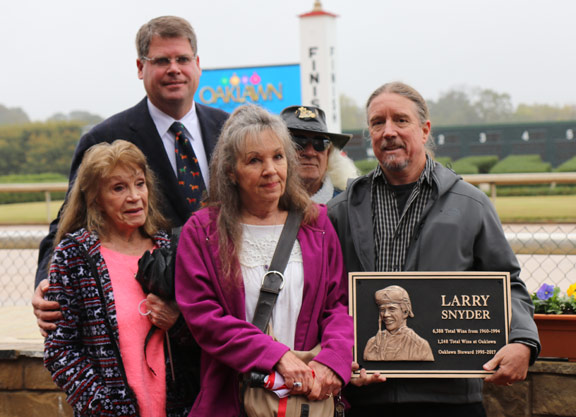 “When it came time to think about a name for the new winner's circle, it was a natural choice to name it in honor of Larry Snyder, a valued member of the Oaklawn family for nearly 60 years,” Oaklawn President Louis Cella said. “Larry was a leader among his peers both on and off the track. And, the respect he earned as a jockey carried over to the steward's stand where he was respected by horsemen and track management alike.”