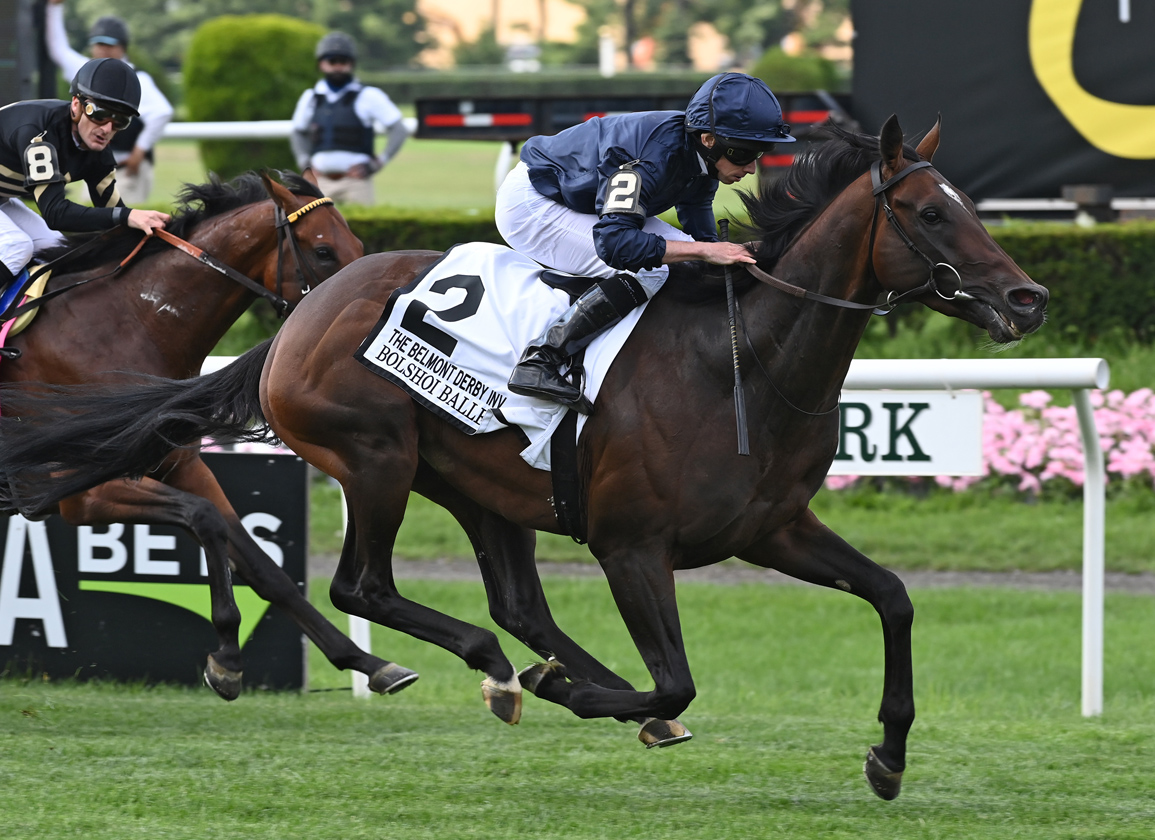 The Caesars Turf Triple, the New York Racing Association (NYRA)'s series for 3-year-olds on the grass, will kick off July 9 at Belmont Park and may include a major European contingent. NYRA released the invitees Saturday for both the GI Caesars Belmont Derby Invitational, worth $1 million, and the $700,000 GI Belmont Oaks Invitational. Both the male and female divisions begin at the distance of 1 1/4 miles. Of the six races in the series–three each for colts and fillies–four were won last year by European-based trainers.

“It looks like the trip, track, and ground–all the conditions at Belmont–should suit him well,” said Johnston of Royal Patronage. “I'm looking forward to taking him out there.”

Many of the European-based trainers echoed Johnston's remarks regarding their own runners. All Europeans are expected to ship and arrive Friday, July 1.

“You're going to encounter the best and that's why the series was designed,” said Pletcher on meeting top foreign-based horses on the track. “That's what you would expect in these big million-dollar races. It will be a challenge, I'm sure.”

The second legs of the Caesars Turf Triple are scheduled at Saratoga for Aug. 6 (GI Caesars Saratoga Derby) and Aug. 7 (GIII Saratoga Oaks) at 1 3/16 miles.