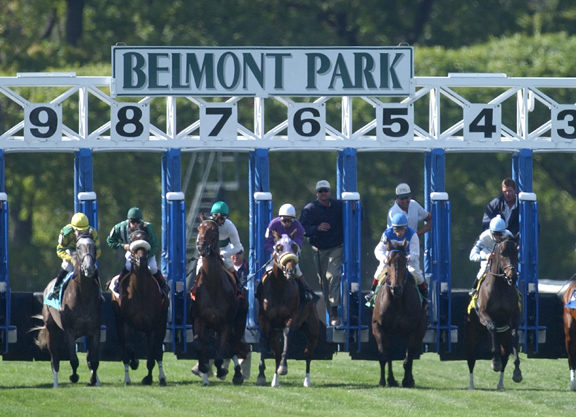 NYRA's Turf Triple series for fillies will be incentivized by a pair of lucrative bonus opportunities at the upcoming Belmont Park and Saratoga meets.

The “Flower Bowl Bonus” will provide $300,000 to the owner and $30,000 to the trainer of any previous winner of the filly Turf Triple events, who captures the $600,000 GI Flower Bowl S. Sept. 4 at Saratoga. The Flower Bowl is a Breeders' Cup “Win and You're In” event offering a berth in the GI Breeders' Cup F/M Turf S. in November at Del Mar.

“The bonus system is a win-win for the 3-year-old filly Turf Triple series winners as they progress to their 4- and 5-year-old seasons,” said Martin Panza, NYRA Senior Vice President of Racing Operations. “NYRA wants the best turf fillies and mares pointing towards our races, providing our fans with top class events.”