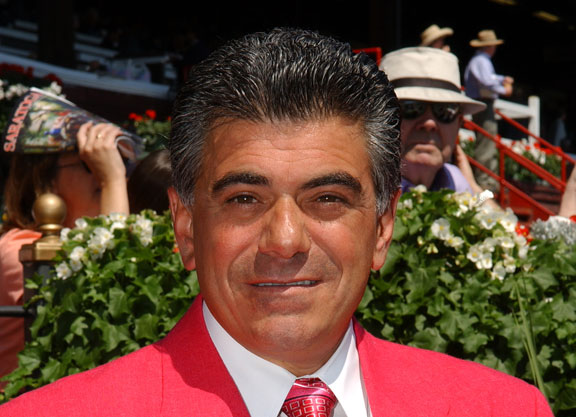 The day’s first race will be named in honor of Galluscio, who passed away in 2014 following a brief battle with pancreatic cancer. A popular and respected figure amongst his peers, Galluscio trained more than 1,000 winners and earned more than $31 million in purses over a career that began in 1981 and was spent primarily on the New York circuit.

The centerpiece of the day will be a trainer autograph session from 11:30 a.m. to 12:30 p.m. at the Jockey Silks Room Porch to benefit The Lustgarten Foundation, a non-profit organization dedicated to advancing scientific and medical research related to pancreatic cancer. The first 200 fans will receive a limited-edition poster of Diversify, winner of the 2018 GI Whitney S., and Saratoga hat with a donation to The Lustgarten Foundation.

“Dominic was a beloved trainer here in New York for more than three decades and we look forward to hosting a day in his honor while shining a spotlight on The Lustgarten Foundation,” said NYRA CEO & President Dave O’Rourke. “We encourage fans to join us as we celebrate Dominic’s legacy while raising funds for pancreatic cancer research.”