NY Seeks to Prevent Jockey Appeals That 'Game the System' 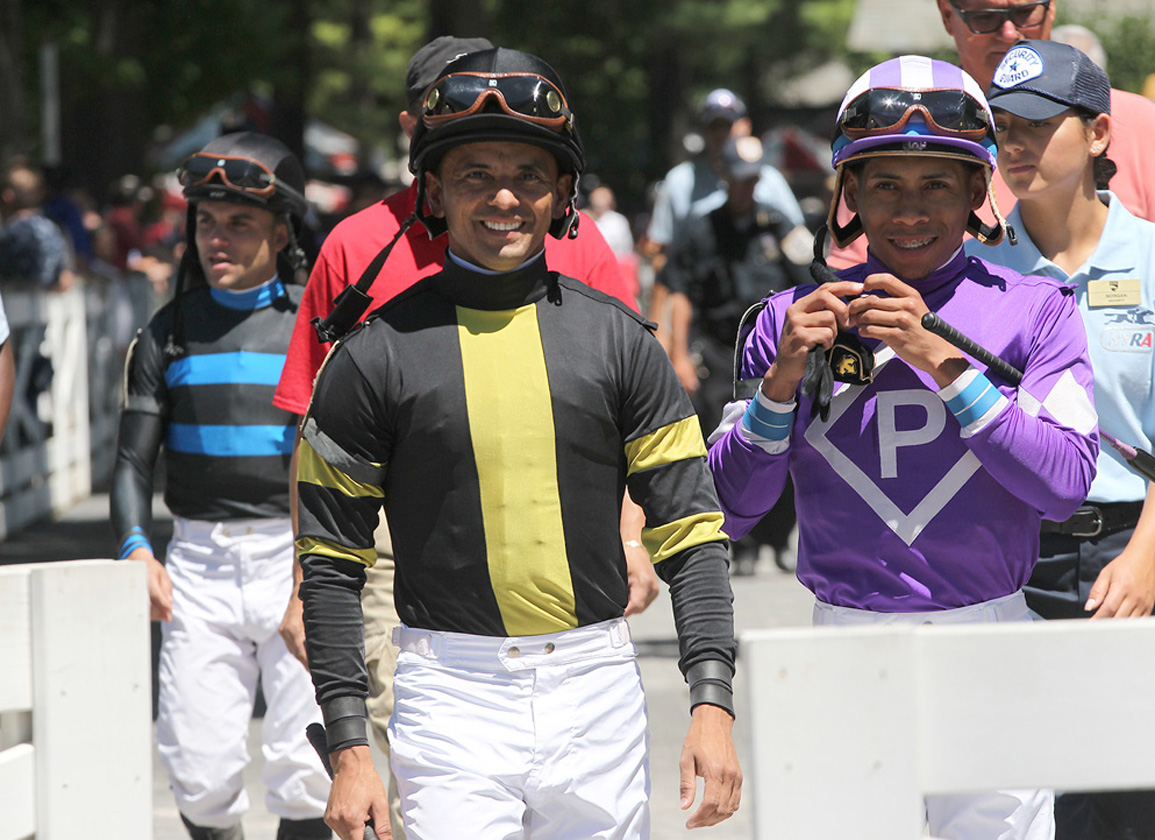 The New York State Gaming Commission (NYSGC) unanimously advanced a rule proposal Tuesday that seeks to end the resource-draining practice of jockeys appealing riding infractions during big-money race meets like at Saratoga, then withdrawing those protests once the meet is over for the sole purpose of delaying a suspension until it is more convenient for the penalized rider to serve the days.

The proposed rule, which first must be published in the state lawmaking register and then be subject to a public commentary period before coming up again for a final NYSGC vote, would give the commission discretion to instead make the jockey sit out a suspension at a subsequent meeting at the same track.

It will not pass through that process in time to be in effect for the upcoming Spa season.

“Subjectively, this tactic appears to be most frequently used during the Saratoga race meet, where purses are substantially larger than at other subsequent meets,” NYSGC executive director Robert Williams explained to commissioners prior to the June 29 vote.

“Following the stewards' punishment for transgressions, experience has found that many jockeys seek a hearing, which administratively stays the penalty pending commission resolution of the matter,” Williams said.

“And while commission staff has been diligent in attempting to hear cases during the meet where the alleged transgression occurred, the full adjudication process can extend beyond such meeting,” Williams continued.

“As a result, the jockey can seek to game the system by requesting a hearing and then withdrawing the request at the conclusion of the meet, serving the suspension during a [different] meet [that] the jockey prefers.

“This tactic has real impact on commission operations, as staffing spends resources in arranging and preparing for a hearing that fails to be conducted,” Williams concluded.

According to a brief written by NYSGC general counsel Edmund Burns that was included in the informational packet for Tuesday's meeting, the former Racing and Wagering Board, a predecessor agency of the NYSGC, once had a “Saratoga policy” that allowed the agency to require a suspension for a violation that occurred at Saratoga to be served at Saratoga, even if the suspension had to be stayed to allow it to be served there the following year.

But, Burns wrote, “the New York Court of Appeals struck down the policy, concluding that it required formal rulemaking to be valid.”

A request for comment on the proposed New York rule emailed to Terence Meyocks, the president and chief executive officer of the Jockeys' Guild, did not yield a reply prior to deadline for this story.

The proposed language of the rule follows:

“If a jockey commits a riding infraction and the penalty of a suspension or revocation is not served during the same race meeting, then the commission in its discretion may order that the penalty be served, in whole or in part, at a subsequent race meeting at the same track.”