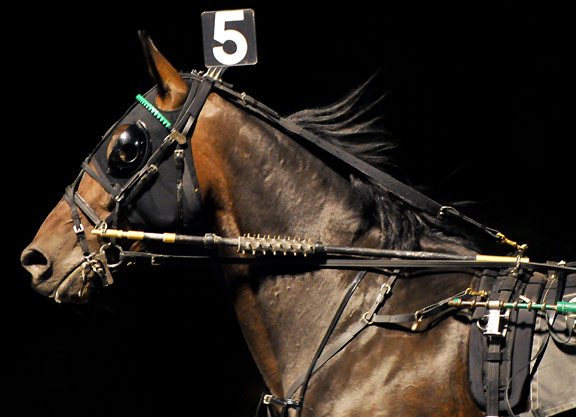 The New York State Gaming Commission (NYSGC) on Sept. 21 suspended Standardbred trainer Michael Temming for 20 years after two of his horses tested positive for a blood doping agent in a pair of December 2019 races at Yonkers Raceway.

The Paulick Report first reported the story, describing the drug involved as IOX-2, a stabilizer of hypoxia-inducible factor, which is known as a blood and gene doping agent.

TDN reported back in January that when the New York Equine Drug Testing Program announced the detection of this drug in Temming's horses, the findings were “believed to be the first–either in horse racing or the worldwide WADA network of testing labs–to screen for and confirm the presence of IOX-2, an IHF stabilizer that can trigger EPO-like effects as well as overall stimulation of an athlete.”

At Monday's hearing prior to the 5-0 commissioners' vote to suspend the trainer and disqualify the horses, NYSGC executive director Robert Williams read Temming's adjudication into the record as such:

“The commission issued a notice of suspension and hearing on harness trainer Michael Temming on Jan. 21, 2020, composing a summary suspension for violation of the trainer responsibility rule, and a rule against doping agents or drugs, including blood doping agents.

“Specifically, two horses trained by Mr. Temming were found in post-race testing to have had blood-doping agent known as IOX-2 present in their systems. These violations were also alleged to have established that Mr. Temming lacked the character and fitness required to hold a harness racing license….

“The hearing, initially adjourned at Mr. Temming's request, was finally conducted on July 15, 2020. The hearing officer found that the violations were established, and that Mr. Temming's license should be suspended for 20 years,” Williams concluded.