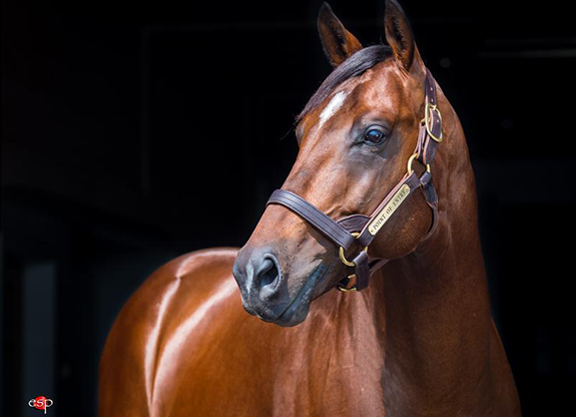 Point of Entry looks for his sixth Japanese winner

In this continuing series, Alan Carasso takes a look ahead at US-bred and/or conceived runners entered for the upcoming weekend at the tracks on the Japan Racing Association circuit, with a focus on pedigree and/or performance in the sales ring. Here are the horses of interest for this weekend, with all the action at Hanshin Racecourse:

5th-HSN, ¥13,400,000 ($124k), Newcomers, 2yo, 2000mT
SATONO PHARAOH (JPN) (c, 2, American Pharoah–Conquest Harlanate, by Harlan's Holiday) will look to give his Triple Crown-winning sire a second winner in as many weekends following Clepat's victory last Sunday. The colt's dam was the Sovereign Award-winning 2-year-old female of 2014, with tallies in the GII Natalma S. on the turf and in the GIII Mazarine S. on the synthetic and was acquired for $450,000 at Keeneland January in 2016. Conquest Harlanate produced Satono Pharaoh Feb. 11 and has produced colts by the late Deep Impact (Jpn) in each of the last two seasons. Christophe Lemaire has the call. B-Shimokobe Farm