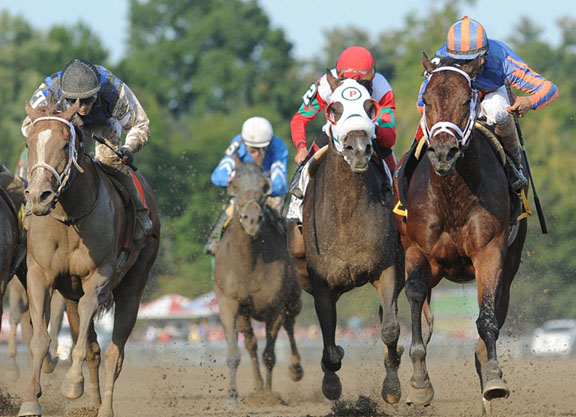 In this continuing series, we take a look ahead at US-bred and/or conceived runners entered for the upcoming weekend at the tracks on the Japan Racing Association circuit, with a focus on pedigree and/or performance in the sales ring. Plenty of U.S.-bred activity, so we begin with Saturday's runners at Chukyo and Tokyo on what shapes up as a potentially productive weekend. Sunday's notable horses will appear in Saturday's TDN:

1st-CKO, ¥9,680,000 ($89k), Maiden, 3yo, 1800m
CAREERISM (c, 3, Upstart–Out of Goodbyes, by Out of Place) has run too good to lose in each of his two previous career outings, first when beaten a half-length on debut over this track and distance Jan. 30 before missing by a head at Hanshin Feb. 27 (see below, gate 3). The February foal is out of a three-time stakes winner in Massachusetts-bred company whose half-brother No More Goodbyes (More Than Ready) was also a black-type winner at Suffolk Downs. An $85K Fasig-Tipton November weanling, Careerism was knocked down for $120K as a FTKJUL yearling and made $200K as an OBS March breezer after working a quarter-mile in :21 2/5. B-Golden Pedigree LLC (KY)