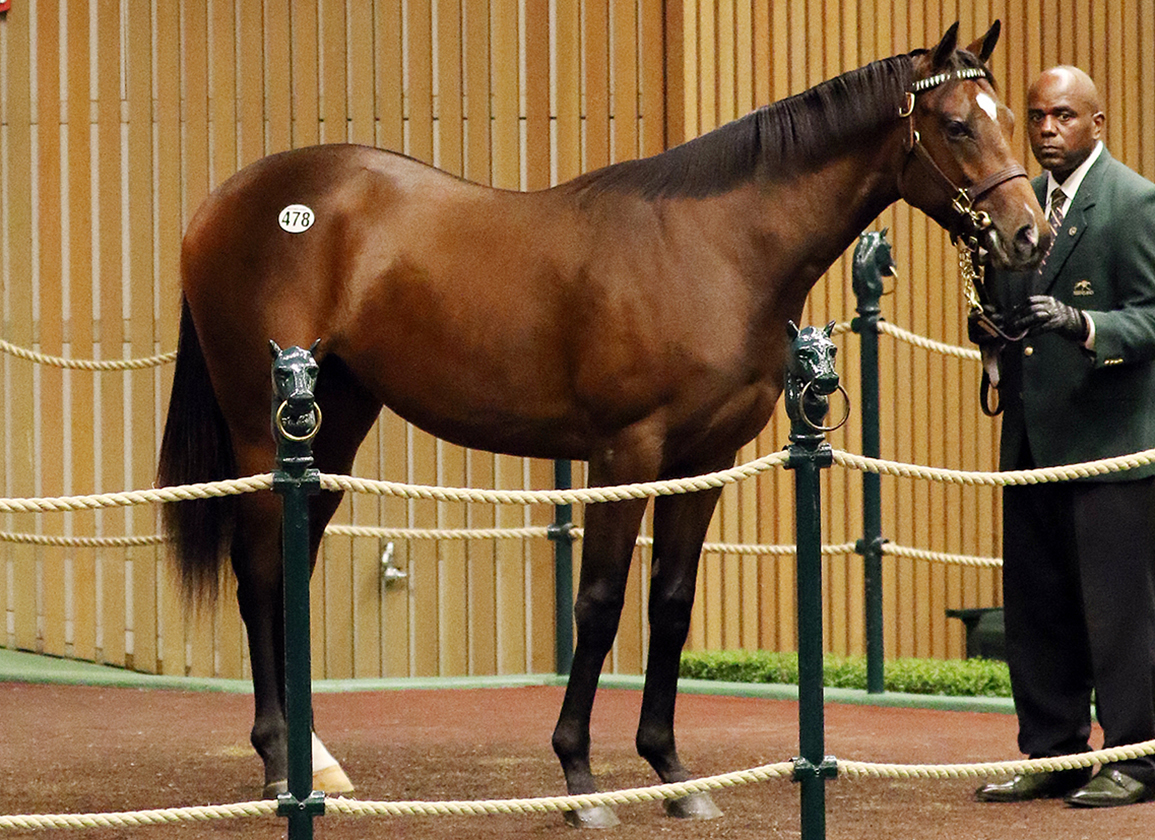 In this continuing series, we take a look ahead at US-bred and/or conceived runners entered for the upcoming weekend at the tracks on the Japan Racing Association circuit, with a focus on pedigree and/or performance in the sales ring. Here are the horses of interest for this weekend running at Chukyo and Tokyo Racecourses. This week's Group 1 feature is the Yushun Himba (Japanese Oaks), in which the popular white filly Sodashi (Jpn) (Kurofune) will attempt to protect her perfect five-for-five record while attempting the 2400-meter trip for the first time:

Saturday, May 22, 2021
3rd-TOK, ¥9,680,000 ($89k), Maiden, 3yo, 1600m
DAYTON TESORO (f, 3, Violence–Chelan Echo, by Lion Heart) outran odds of 20-1 to finish a respectable fourth on local debut over 1400 meters in a single juvenile appearance last November and is a candidate to improve with maturity and a bit more distance here. A $130K Keeneland September purchase, the chestnut is out of a half-sister to MSW Notoriously (Cherokee Run), SW Cherokee Echo (Cherokee Run) and GISP Smarty's Echo (Smarty Jones). B-Woods Edge Farm LLC (KY)

11th-CKO, Heian S.-G3, ¥68,000,000 ($625k), 4yo/up, 1900m
AMERICAN SEED (c, 4, Tapit–Sweet Talker, by Stormin Fever) made giant strides once switched to the dirt last fall, winning three starts by a combined 17 lengths, but he stubbed his toe when a distant 14th as the 2-5 favorite in the G3 March S. at Nakayama. The $825K KEESEP yearling, whose dam was a Grade I winner on the turf in 2005 before fetching $1.15 million at KEENOV, was rumored to have lost a shoe in the running and he gets Christophe Lemaire back in the saddle Saturday. American Seed is a full-brother to SW & GSP Sweet Tapper; and to the dam of recent GII Edgewood S. runner-up Barista (Medaglia d'Oro); and a half to GSP Perregaux (Distorted Humor). Sweet Talker is a half-sister to the versatile MGSW Silver Medallion (Badge of Silver). B-Courtlandt Farm (KY)