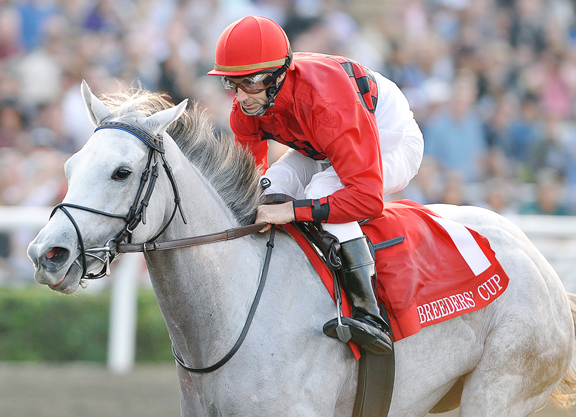 In this continuing series, we take a look ahead at US-bred and/or conceived runners entered for the upcoming weekend at the tracks on the Japan Racing Association circuit, with a focus on pedigree and/or performance in the sales ring. Just two tracks on the menu for the weekend, but American-bred and -sired juveniles are set to make their presence felt at Niigata and Sapporo Racecourses:

Saturday, July 25, 2020
5th-NII, ¥13,400,000 ($125k), Newcomers, 2yo, 1600mT
REFRAME (f, 2, American Pharoah–Careless Jewel, by Tapit) is the latest to the races from her dam, who powered her way to a whopping 11-length victory in the 2009 GI Alabama S. and who was sold for $1.95 million at Fasig-Tipton November in 2010. Careless Jewel was subsequently purchased by this breeder for $1.85 million in foal to Bodemeister at FTKNOV three years later and Reframe repaid part of that investment when hammering for $410K at Keeneland September last fall. American Pharoah has had six winners from seven to race in Japan, including G3 Unicorn S. hero Cafe Pharoah and listed winner Danon Pharaoh (Jpn). B-Summer Wind Farm (KY)

5th-SAP, ¥13,400,000 ($125k), Newcomers, 2yo, 1200mT
YUINO ZAPPER (c, 2, Ghostzapper–Baruta {Brz}, by Crimson Tide {Ire}), a $180K KEESEP graduate, is a son of a mare who was twice placed at Group 1 level in Brazil and was imported to this country to win the GIII Monrovia H. on the downhill turf course at Santa Anita while placing second to former 'TDN Rising Star' Taris (Flatter) in the GIII Rancho Bernardo H. on the main track for trainer Richard Mandella and Rio Dois Irmaos LLC. The latter is also the breeder of recent Churchill allowance winner Ivar (Brz) (Agnes Gold {Jpn}), who they race in partnership with Bonne Chance Farm. B-Bonne Chance Farm & Stud RDI LLC (KY)

6th-NII, ¥13,400,000 ($125k), Newcomers, 2yo, 1200m
SATONO APOLLON (JPN) (c, 2, Into Mischief–Final Decision, by Super Saver) is the first foal out of her dam, a half-sister to Eclipse Award-winning female sprinter Informed Decision (Monarchos), who was acquired with this colt in utero for $425K at FTKNOV in 2017. The April foal was consigned by Northern Farm to the 2019 JRHA Select Yearling Sale, fetching ¥80 million ($737,000) from Satomi Horse Co. Final Decision is the dam of yearling filly by Heart's Cry (Jpn) and a filly foal by Lord Kanaloa (Jpn). B-Northern Farm

11th-NII, Ibis Summer Dash-G3, ¥74.6m ($696k), 3/up, 1000mT
MONT PERDU (f, 4 Cairo Prince–Spanish Post, by Flatter) set track records twice in the space of three races last summer and fall at Chukyo and Kyoto and makes her first appearance since finishing down the field in Kyoto allowance company in February. On her day, she is one of the fastest female sprinters in Japan and though she tries the turf for the first time in her career, her lone try at this abbreviated trip resulted in a handy victory over a sloppy strip at Kokura last August (see below, gate 2). B-Bluewater Sales LLC & Three Diamonds Farm (NY)