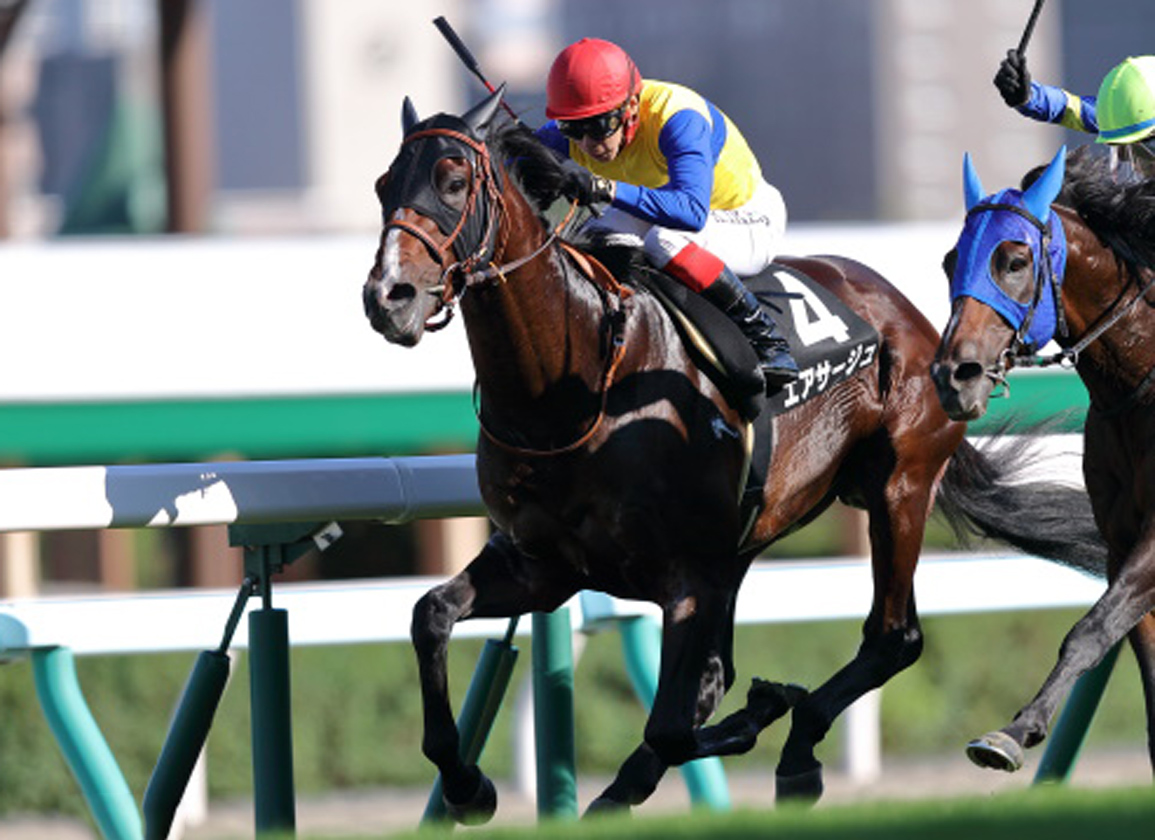 Air Anemoi is a full-brother to the talented Air Sage (pictured) | jbis.jp

In this continuing series, we take a look ahead at US-bred and/or conceived runners entered for the upcoming weekend at the tracks on the Japan Racing Association circuit, with a focus on pedigree and/or performance in the sales ring. Here are the horses of interest for this weekend running at Nakayama and Hanshin Racecourses. The latter hosts Sunday's G1 Asahi Hai Futurity, which includes the offspring of such North American notables as Canadian Horse of the Year Lexie Lou, Land Over Sea, Dust and Diamonds and My Jen:

Sunday, December 19, 2021
5th-HSN, ¥13,400,000 ($118k), Newcomers, 2yo, 2000mT
AIR ANEMOI (c, 2, Point of Enty–Nokaze, by Empire Maker) looks to become the fourth winner from as many Japanese runners for his dam, who has already dropped millionaire GSW Air Almas (Majestic Warrior); Air Fanditha (Hat Trick {Jpn}), a four-time winner of nearly $580,000; and this colt's full-brother Air Sage, winner of three of his first four trips to the post who posted a creditable midfield finish when last seen in the 3000-meter G1 Kikuka Sho (Japanese St Leger) in late October. Nokaze is a half-sister to SW Yuzuru (Medaglia d'Oro), whose daughter Yuugiri (Shackleford) was second in the Rags to Riches S. and the GII Golden Rod S. last month. B-Sekie & Tsunebumi Yoshihara (KY)