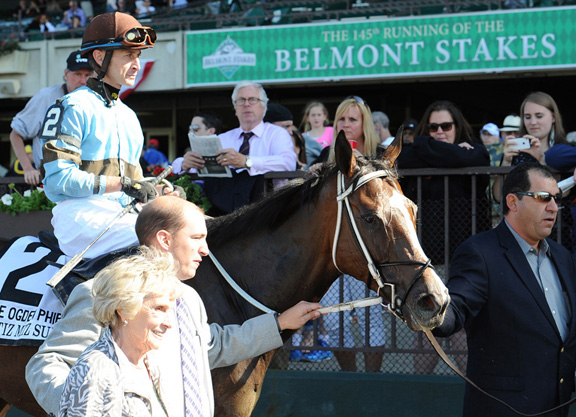 In this continuing series, Alan Carasso takes a look ahead at US-bred and/or conceived runners entered for the upcoming weekend at the tracks on the Japan Racing Association circuit, with a focus on pedigree and/or performance in the sales ring. Here are the horses of interest for the first of three days of racing on a holiday weekend at Tokyo and Kyoto Racecourses. Sunday’s runners will appear in Saturday’s TDN:

Saturday, October 12, 2019
4th-TOK, ¥13,400,000 ($124k), Newcomers, 2yo, 1400m
JUFENG (c, 2, Flatter–Luster, by Touch Gold) is the latest to make the races from his Grade III-placed dam, herself a half-sister to GSP Vici (War Front). A $75K Fasig-Tipton October yearling, the March foal matured into a $240K OBS March breezer after working an eighth in :10 1/5. The influential Wild Applause–whose produce include MGSW/GISP Yell (A.P. Indy), MGSW Roar (Forty Niner) as well as the dam of GSW/GISP Congrats (A.P. Indy) and Flatter himself–appears as the colt’s third dam. B-Claiborne Farm & Adele B Dilschneider (KY)

9th-TOK, ¥19,000,000 ($176k), Plantanus Sho (Alw), 2yo, 1600m
IMMORTAL SMOKE (c, 2, Into Mischief–Bellini Sunrise, by Machiavellian) got his career off on a positive note, graduating by three lengths at first asking going nine furlongs at Nakayama Sept. 8. The $375K KEESEP yearling, who retains the services of Mirco Demuro, is out of a half-sister to MSW & MGSP Holzmeister (Woodman) and to the dam of GISW Game Face (Menifee). B-Edward A Seltzer & Beverly Anderson (KY)

SEREIN (f, 2, Uncle Mo–Tiz Miz Sue, by Tiznow), a $500K KEESEP grad, was equally impressive on her lone racetrack appearance to date, fighting on very gamely after being headed to break her maiden over this distance at Sapporo July 28 (see below, gate 13). The filly’s Grade I-winning dam is a half-sister to Bulletin (City Zip), victorious in the inaugural Breeders’ Cup Juvenile Turf Sprint in 2018. B-CresRan LLC (KY)