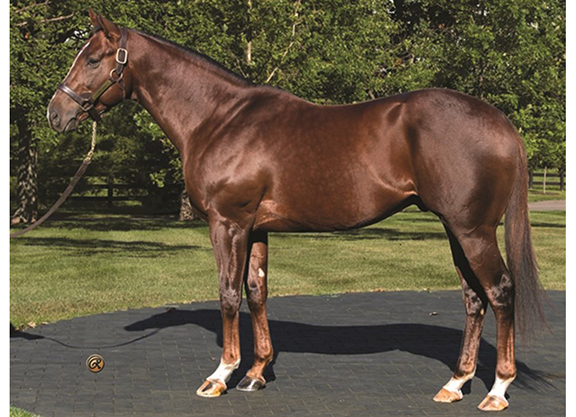 In this continuing series, we take a look ahead at US-bred and/or conceived runners entered for the upcoming weekend at the tracks on the Japan Racing Association circuit, with a focus on pedigree and/or performance in the sales ring. Here are the horses of interest for this weekend running at Chukyo and Hanshin Racecourses. A preview of Saturday’s Fukuryu S. (allowance), the final leg on the Japan Road to the Kentucky Derby, will appear in Saturday’s TDN. The featured race on the weekend is Sunday’s G1 Takamatsunomiya Kinen:

Saturday, March, 28, 2020
3rd-HSN, ¥9,680,000 ($88k), Maiden, 3yo, 1800m
UNSAID VOW (c, 3, Giant’s Causeway–Country Cafe, by Lion Heart) was unplaced, but not beaten far, in his first two career starts and the $110K Keeneland September yearling nearly got the job done when going down narrowly over track and trip Mar. 1 (video, gate 2). The April foal is out of a full-sister to MGSW Heart Ashley–dam of Japanese MGSW Fiano Romano (Aus) (Fastnet Rock {Aus})–and out of a half to GISW and Coolmore sire Cupid (Tapit); GSW Ashley’s Kitty (Tale of the Cat); and SW Indianapolis (Medaglia d’Oro). B-Mike G Rutherford (KY)