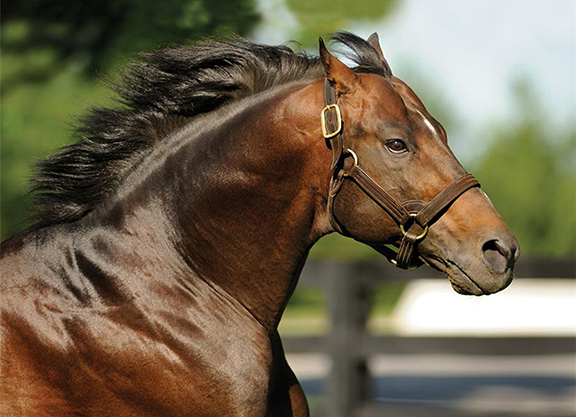 In this continuing series, we take a look ahead at US-bred and/or conceived runners entered for the upcoming weekend at the tracks on the Japan Racing Association circuit, with a focus on pedigree and/or performance in the sales ring. Here are a couple of horses of interest for this weekend running at Fukushima and Hakodate Racecourses:

Sunday, July 5, 2020
3rd-HAK, ¥9,680,000 ($90k), Maiden, 3yo, 1000m
ALPHA ZIP (f, 3, City Zip–Alpha Centauri, by Dynaformer) failed to land a blow in four tries from seven furlongs to a mile to begin her career, but woke up to just lose a head bob over this course and distance when last seen June 21. The filly’s dam, a one-time $600K Keeneland November weanling, is responsible for the SP Reversethedecision (Scat Daddy), while the deeper female family includes G1SW Etoile Montante (Miswaki), dam of MGSW Starformer (Dynaformer), and French MSW/GSP Viviana (Nureyev), whose daughters Tates Creek (Rahy) and Sightseek (Distant View) combined to carry the Juddmonte silks to nine Grade I wins in this country. Alpha Zip was a $145K KEESEP buyback and was RNAd for $95K at Fasig-Tipton October before fetching $275K as an OBS April breezer. B-Overbrook Farm (KY)

12th-FKS, ¥21,000,000 ($195k), Allowance, 3yo/up, 1150m
PARIS TESORO (f, 4, Declaration of War–Patricias Prospect, by A.P. Indy) switched from the turf to the dirt last summer and promptly won back-to-back races at Niigata in August and October (see below, gate 13). A half-sister to MSP Tweeting (Uncle Mo), the dark bay is out of a daughter of G1SW Macoumba (Mr. Prospector), making her a full-sister to leading sire Malibu Moon and a half to MGSP Positively (Distorted Humor) and SP Mutually Benefit (Dynaformer), the dam of MSW & MGSP Compelled (War Front). Acquired in utero for $60K at KEENOV in 2015, Paris Tesoro was a $25K KEENOV acquisition and was resold for €80K at the 2017 Arqana August Yearling Sale. B-Amy Bayle, Cindi Bigheart, Shelley Gross & Catherine Jennings (KY)