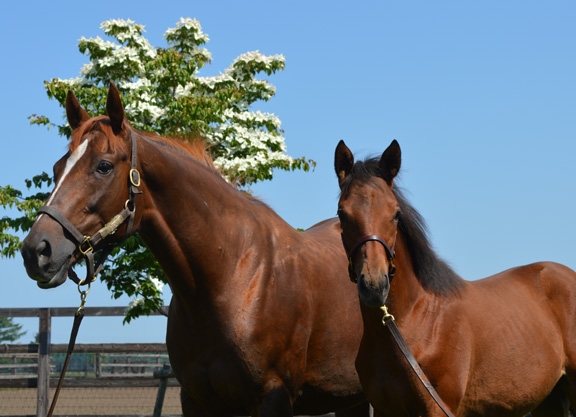 In this continuing series, we take a look ahead at US-bred and/or conceived runners entered for the upcoming weekend at the tracks on the Japan Racing Association circuit, with a focus on pedigree and/or performance in the sales ring. With limited American-bred activity on tap for this weekend, we also look at the young progeny of American-sourced mares hitting the track at Kokura and Sapporo Racecourses:

Sunday, August 16, 2020
2nd-SAP, ¥9,680,000 ($90k), Maiden, 3yo, 1700m
IDEAL (JPN) (f, 3, Deep Impact {Jpn}–Princess of Sylmar, by Majestic Warrior), well beaten in a pair of turf starts to begin her career, has since finished third in two of three tries on the dirt, including at Hakodate July 11. Upset winner of the 2013 GI Kentucky Oaks (see below) and subsequent to that the GI CCA Oaks, GI Alabama S. and GI Beldame S., Princess of Sylmar was hammered down for $3.1 million at FTKNOV in 2014. Ideal’s year-older full-brother Danon Luster (Jpn) is a maiden winner and twice-placed in allowance company from seven starts. B-Shadai Farm