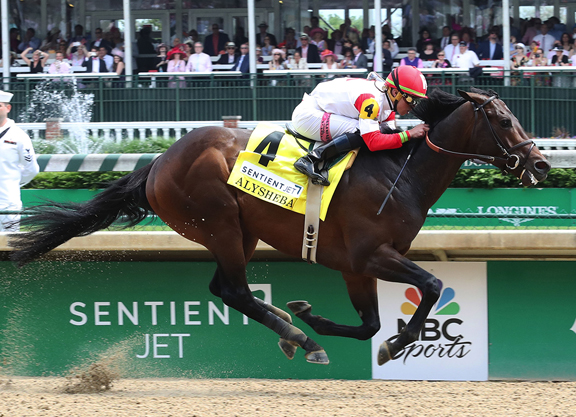 In this continuing series, we take a look ahead at US-bred and/or conceived runners entered for the upcoming weekend at the tracks on the Japan Racing Association circuit, with a focus on pedigree and/or performance in the sales ring. Here are the horses of interest for this weekend running at Fukushima and Hanshin Racecourses. The latter venue plays host to the first of this year's Japanese Classics, the G1 Oka Sho (Japanese 1000 Guineas).

MOZU NATIVE (f, 3, Bernardini–Native American, by Indian Charlie) is the first foal from her dam, who dead-heated for the victory in the 2014 Shakopee Juvenile at Canterbury Park and was acquired with this filly in utero for $400K at KEENOV in 2016. Sold on for $150K as a KEESEP yearling, the February foal is a granddaughter of the stakes-winning Dharma Girl (French Deputy), also the dam of Native American's stakes-placed half-sister Cake Baby (Stormy Atlantic). B-Breeze Easy LLC (KY)

Sunday, April 12, 2020
2nd-FKS, ¥9,680,000 ($89k), Maiden, 3yo, 1200mT
DETROIT TESORO (f, 3, Speightstown–Bella Traviata, by Indian Charlie) posted third-place efforts in 1400-meter turf maidens in her first two trips to the post before finishing sixth when trying dirt for the first time Jan. 12. Produced by a stakes-placed half-sister to MSW & MGSP Afleet Deceit (Northern Afleet), Detroit Tesoro was bought back for $190K as a Fasig-Tipton Saratoga yearling and RNAd for $127K at FTKOCT, but fetched $375K as a FTFMAR breezer the following winter. The filly gets back on the turf here and hails from the female family of dual-surface Japanese G1SW Mozu Ascot (Frankel {GB}). B-Blackstone Farm (PA)

3rd-HSN, ¥9,680,000 ($89k), Maiden, 3yo, 1800m
BESAME MO (f, 3, Uncle Mo–Midnight Visit, by Henny Hughes) was beaten double digits in her first two starts, but the penny seems to have dropped since, including a runner-up effort to fellow US-bred Unsaid Vow (Giant's Causeway) over track and distance Mar. 28 (see below, gate four). The dark bay was a $240K FTKOCT yearling and $350K FTFMAR juvenile after her stakes-winning dam was led out unsold with this foal in utero at KEEJAN in 2017. B-Grousemont Farm, Summerhill Farm & Ellen Chapman (KY)