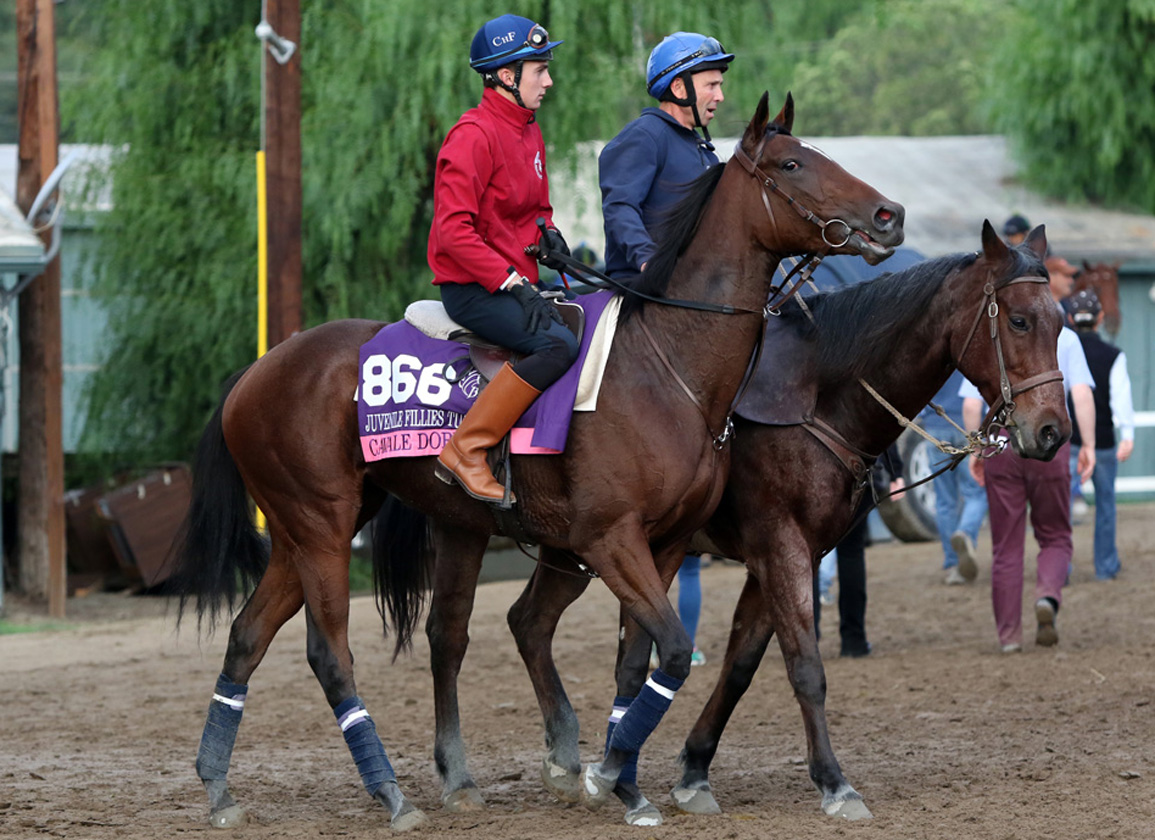 Cavale Doree at Santa Anita for the 2016 Breeders' Cup | Horsephotos

In this continuing series, we take a look ahead at US-bred and/or conceived runners entered for the upcoming weekend at the tracks on the Japan Racing Association circuit, with a focus on pedigree and/or performance in the sales ring. Here are the horses of interest for this Sunday running at Chukyo and Hakodate Racecourses:

Sunday, June 12, 2022
2nd-HAK, ¥9,900,000 ($74k), Maiden, 3yo, 1700m
SWEET ZAZ (f, 3, Nyquist–Century Park, by General Meeting) was beaten double digits into 12th when debuting in a nine-furlong turf event in March, but switches to perhaps a more suitable surface for this second go. A $67K Keeneland September buyback, the late April foal is out of the winner of the 2009 GIII Santa Ysabel S. (synthetic) who was purchased by Narvick International out of the 2017 KEENOV sale and produced a filly by Exaggerator in Kentucky that was subsequently exported to Japan. Century Park dropped Sweet Zaz in the Bluegrass and has also since been sent to Japan, where she foaled a colt from the first crop of GII Breeders' Cup Juvenile Turf Sprint winner Four Wheel Drive (American Pharoah) Mar. 25. B-Takahiro Wada (KY)