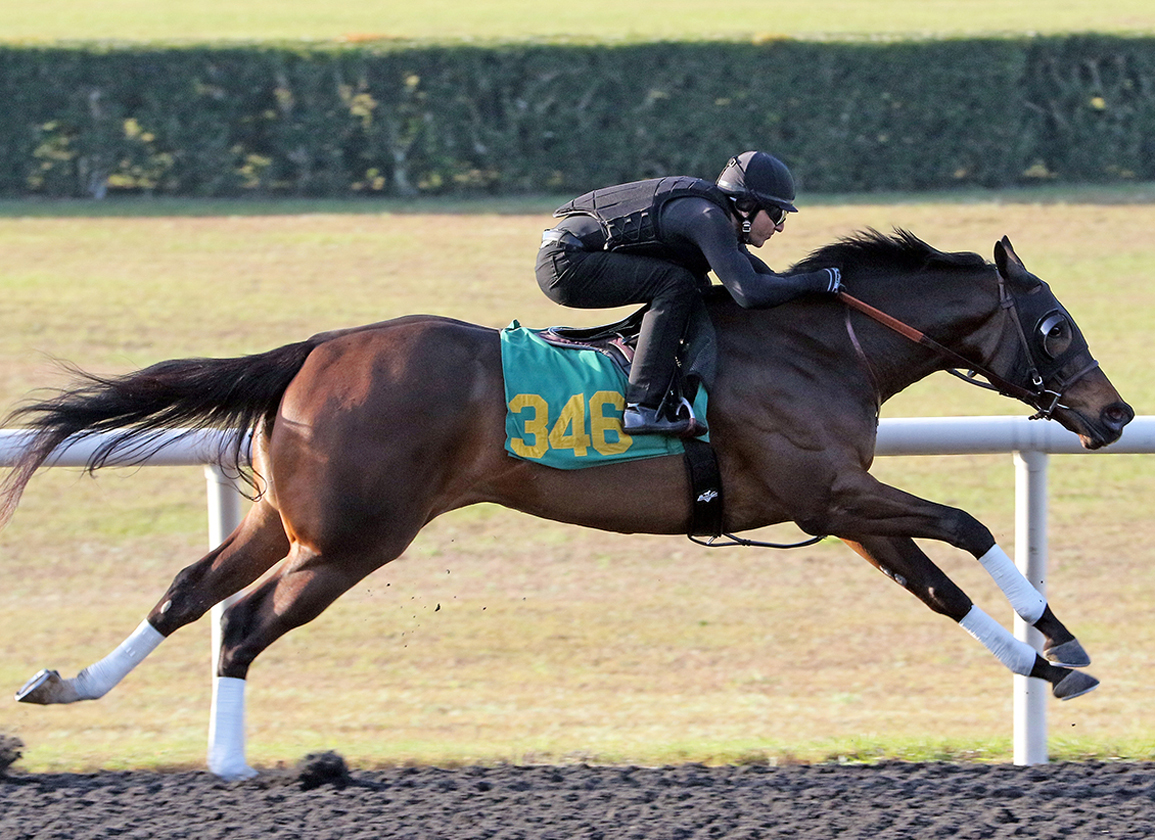 Lecce Baroque breezing at OBS in 2019 | Photos by Z

In this continuing series, we take a look ahead at US-bred and/or -conceived runners entered for the upcoming weekend at the tracks on the Japan Racing Association circuit, with a focus on pedigree and/or performance in the sales ring. Here are the horses of interest for this weekend running at Hakodate and Kokura Racecourses. A pair of US-breds see action at group level on the turf this weekend, as Lotus Land (Point of Entry) contests the G3 Chukyo Kinen (1800m), while Group 1 winner Cafe Pharoah (American Pharoah) tries the grass for the first time in the G3 Hakodate Kinen (2000m). Both races take place Sunday afternoon:

Saturday, July 17, 2021
7th-KOK, ¥9,680,000 ($88k), Maiden, 3yo, 1700m
PREFERRED RUN (f, 3, Mshawish–Little Miss Muffet, by Scat Daddy) is the year-younger half-sister to the aforementioned Lotus Land, and while she hasn't been a factor in three tries on the grass to begin her career, neither has she been beaten by excessive margins in any of those appearances. The daughter of a dual-surface Grade I-winning sire, Preferred Run has license to take to this new surface, as her female family includes champion Brocco (Kris S.), among others. B-Winchester Farm (KY)

12th-HAK, ¥28,600,000 ($260k), Allowance, 3yo/up, 1200mT
LECCE BAROQUE (f, 4, Uncle Mo–My Fast One, by Elusive Quality) ran a hole in the wind in her first two starts, scoring by a combined 19 lengths (see below, gate 10), but the wheels came off when ninth to Cafe Pharoah at 2-1 in last year's G3 Unicorn S. She has since posted a runner-up effort from three trips to the post, but the $410,000 Keeneland September yearling turned $525,000 OBS March breezer makes an interesting shift to the turf for the first time here. Produced by a half-sister to SW No Mo Dough (Uncle Mo), Lecce Baroque is bred on the exact same cross as GISW Gomo and GSW Lost Raven and on a similar cross to the late Laoban. B-MMM Stables (KY)