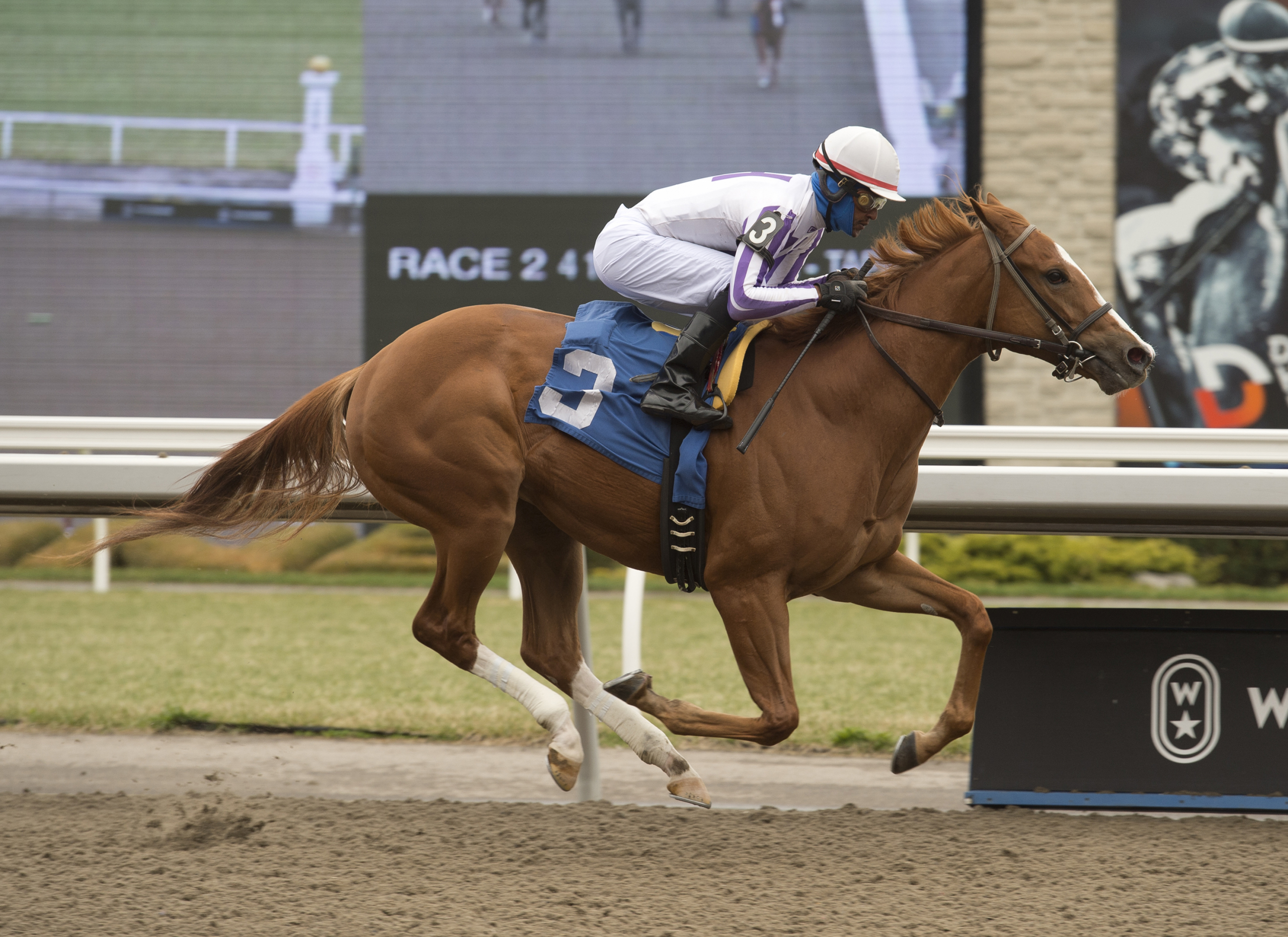 Hoolie Racing Stable and Bruce Lunsford's Botta Swing (Not This Time–Lady of the Glen, by Purim), taking on the boys while looking to carry her sire's hot streak into the juvenile ranks, came out running Sunday, earning 'TDN Rising Star' honors while lowering Woodbine's synthetic track record for 4 1/2 furlongs in the process.

Away in midpack and then scrubbed on to take over with swift strides entering the bend, the chestnut was two clear and cruising midway on the turn as well-backed Ninetyfour Expos (Outwork) was asked to narrow the gap with Wesley Ward trainee Red Hot Rod (Mendelssohn) also in pursuit. Those colts appeared to make contact at the head of the lane, but Botta Swing continued along by herself under confident Patrick Husbands handling. The veteran pilot kept her honest from there, and Botta Swing scampered away four lengths to the good. Red Hot Rod bested Ninetyfour Expos in the battle for second.

The winner's final time of :50.94 bested the previous listed track record of :51 flat earned in 2014 by debut winner and future multiple stakes winner Seffeara (Old Forester). That runner's effort came over Woodbine's old Polytrack surface, which was replaced by Tapeta in 2016.

Hoolie Racing Stable and Botta Swing's conditioner Barbara Minshall also campaigned the brilliantly precocious Dream It Is (Shackleford), a similarly sharp late May debut winner here in 2017 who added the My Dear S. that June before romping by nine lengths in Saratoga's GIII Schuylerville S.

Botta Swing, whose sire will be represented by two very live chances in next Saturday's GI Kentucky Derby, was just a $5,200 KEEJAN '20 in utero purchase. Her dam, who hit the board but never earned her diploma in four maiden claiming attempts routing on the grass, produced an Oscar Performance colt Apr. 11. Botta Swing's second dam was a full to GISW Personal Business, and her fourth dam was a full to none other than Secretariat.

Good luck Botta Swing in your debut race today at ⁦@WoodbineTB⁩ from your half-brother by Oscar Performance and your dam enjoying a peak of sunshine in Kentucky this morning. We bred the 2yo Not This Time filly, foaling her in Ontario and raising her here in Kentucky. pic.twitter.com/yAT1NoTnqM