“Not Set Up Like The FBI”: Racing's Investigative Weak Spots 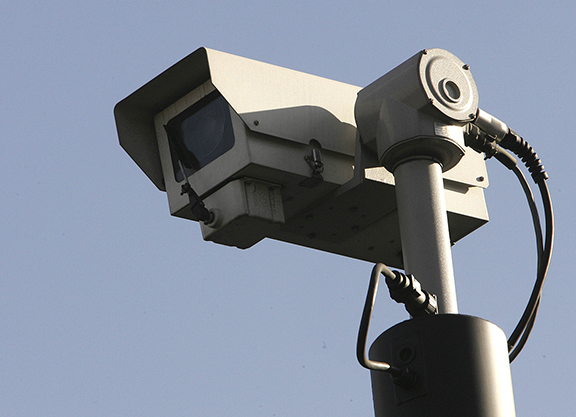 The shock announcement of the U.S. Attorney's Office for the Southern District of New York's indictments against a slew of Thoroughbred veterinarians and trainers—and to a much lesser extent the California Horse Racing Board's (CHRB) long-awaited report into the equine fatalities at Santa Anita early last year—cast a kaleidoscopic shadow of speculation and questions marks over the industry.

But one of the most salient takeaways from these two developments is surely this: What kind of investigative infrastructure is in place within the sport to catch the cheats and protect the horses?

Certainly, the main lesson that outgoing CHRB equine medical director, Rick Arthur, took from the indictments was that they were all a product of an exhaustive years-long investigation. “There is nothing here that I can see that was detected by drug testing,” he said. “This was all by investigation-same thing with Lance Armstrong.”

The CHRB fatality report pressed a similar button when it made the observation that all tracks should consider installing a camera surveillance system similar to Santa Anita's—what is a network of well over 1,000 cameras located throughout barns and stalls—and that “consideration should be given to expanding video surveillance at all locations, including the racing ovals to monitor morning training.”

Cheating isn't a new phenomenon, of course—nor are the efforts used to catch them. The problem as Mike Kilpack, the National Thoroughbred Racing Association's (NTRA) security integrity consultant, and the equine security supervising investigator for the Breeders' Cup, sees it is that the Federal Bureau of Investigation's (FBI) legal authority exceeds that of each individual racing commission's investigative framework.

“Nobody is set up to do what the FBI did. No way,” said Kilpack, explaining how, on top of that, the industry has for too long failed to invest necessary resources into “boots on the ground” investigative personnel. “Because of the make-up of the commissions, they're just not equipped to do these high-profile investigations.”

Steve Koch, the NTRA's former executive director of safety and integrity, broke the issue down long ago into what he called a “three-legged stool” involving intelligence and security resources, workforce development, and tech and science.

For the purposes of this story, the remit of drug testing—part of the tech and science leg of the stool—will be jettisoned. But that still leaves plenty to chew on, beginning with the intelligence and security resources side of the equation, the poster-child of which is the camera surveillance system.

Proponents of the network of surveillance cameras at Santa Anita—all beamed into a stark box of a room like something out of Minority Report—point to how they've played a part in any number of medication violation rulings, and act as a deterrent. A case of big brother is watching you.

Still, very few tracks are equipped with comprehensive surveillance networks, and none as expansive as Santa Anita's, said Kilpack. And even if they were, these systems are a “great tool” but they're not a magic bullet, he added.

The first brick wall concerns the not inconsiderable costs of installation and operation, while some barn areas simply aren't “conducive”—old infrastructure that would be expensive to modernize, for example—to having a surveillance network installed, explained Kilpack.

Then comes the issue of policing activities off-site, filtering the flow of horses and people in and out of the barn area—a security layer that microchipping has helped to tighten.

Kilpack singled out Parx and Woodbine for their stringent entry gate protocols, requiring that every licensee is scanned as they go through the gate, for example. Other tracks are more porous, however, and “don't take the matter seriously,” said Kilpack. “Are they bad offenders? No. They're just lax.”

But at the end of the day, even the most stringently surveilled backstretch wouldn't preclude the need for boots-on-the-ground investigators. The thing is, the majority, if not all, of individual commissions employ investigative teams that are short on number—sometimes woefully so, Kilpack said.

“Kentucky has three investigators,” said Kilpack, adding that the state should double that number, at a minimum, given the amount of racetracks in the state. “To have just one investigator at a track is very unfortunate.”

Leasa Johnson is one of two investigators for the New Mexico Racing Commission. She's also the past chair of the Organization of Racetrack Investigators (ORI), a voluntary group comprising investigators from around the country who meet for annual education conferences.

Johnson, who has been an investigator for 16 years, agrees with Kilpack that racing needs more boots-on-the-ground” investigative personnel—ideally four per track, she said. To illustrate her point, she tells the story of how, when she rolls up to one of the racetracks in New Mexico, a chorus of whistles reverberate around the track, alerting the horsemen of her presence.

“They have look-outs,” she said, of the backstretch community in the state. “I've made a name for myself, and when I'm on the backside, they're going to let everybody know.”

But there's more to the issue than simple numbers. To be effective, investigators need to be trained in a vast array of skills to not only sniff out wrongdoing in the first place, but to ensure the chain of custody stands up to legal scrutiny.

The skills that many seasoned racetrack investigators have acquired over the years are at risk of being lost to the industry, however. “A lot of the investigators who have been in the industry for many years are fixing to retire,” and their expertise isn't necessarily trickling down into the next generation, Johnson warned.

During the short time Fleischaker has been given in his new role to patrol some of the nation's backstretches, it's clear, he said, that “a lot of work needs to be done” in terms of tightening up “practices and protocols” at both racing and training facilities.

And while Fleischaker said he agreed that racetracks and commissions need to beef up their numbers of trained investigative personnel—four per track “at least”—he recommended that they're routinely circulated from track to track to avoid over-familiarity potentially compromising the “integrity” of any investigation.

“The horseracing community is a tight-knit community. Unfortunately, some people get treated differently than other people do, and there's not a lot of consistency to the application of regulations and procedures and guidelines,” he said.

“What I would like to see are teams of investigators, but they don't get tied to any particular facility for any great length of time,” Fleischaker added. “And there needs to be consistent, regular and random searches of stables and trailers and other places.”

“I'm assuming they had an informant”

Some commissions, like Louisiana, farm their investigative work out to local police forces. This can have its pluses—for example, local police officers typically possess a broader range of law enforcement skill-sets than your common-or-garden racing investigator, Kilpack said.

But the flip side of the argument is that local police officers aren't necessarily trained in the peculiar arcana—from backstretch culture to medication rules—of horse racing, and aren't always given an incentive to police the backstretch as rigorously as in-house investigative teams are, said Kilpack.

Still, the issue of farming work out to outside police forces brings us neatly back to the recent indictments.

“It's just the perfect investigation,” said Kilpack, of the FBI-led sting. “I'm assuming they had an informant, turned somebody over for cooperation—a trainer most likely—in lieu of prosecution.”

The thing is, racing's investigators aren't privy to the same tools and resources as the FBI, Kilpack explained. “We can't wire-tap like the FBI,” he said. “They have all the money in the world, and they have the biggest thing in the world which is called confidentiality.”

As a CHRB investigator—a position he held for 25 years—Kilpack was required to share unearthed intel directly with the commission, creating a dynamic that placed certain handcuffs on his approach to the job, he said.

But the FBI doesn't have such restraints, Kilpack explained, which is one reason why he encourages greater coordination between the industry and outside law enforcement agencies like the FBI, beginning with the world of networking.

“When I was there [at the CHRB], I was on an email list to go to intelligence meetings attended by all the different law enforcement agencies,” said Kilpack. “I don't know how many [investigators] are doing that now—at least, not routinely.”

As a former law enforcement officer, Johnson has used her connections to help “build that bridge” with the FBI in New Mexico.

“I would love for the same thing to go on here with the FBI as went on back East,” she said, explaining how, despite the bureau's not-inconsiderable resources, they're still selective about which cases they pursue. “I don't think we're quite there yet.”

“There are a lot of grey areas in racing”

Because “there are a lot of grey areas in racing,” such a program would need to be broad-sweeping, providing investigative tools to those with little formal law enforcement training, and immersive information about the niche world of horseracing to investigators from outside the sport, said Johnson. “I just believe we're going to have to step it up and put together a really good curriculum.”

And while the ORI's annual conference provides an opportunity for continuing education, the fact it's not mandatory means there are plenty each year who miss out. Indeed, the two CHRB investigators originally scheduled to go to this year's meeting were prevented from doing so due to an out-of-state travel clerical error.

“Commissions, they've got to change their approach to more effective enforcement,” said Kilpack. “But they just can't do it, whether it's for budget reasons or something else.”