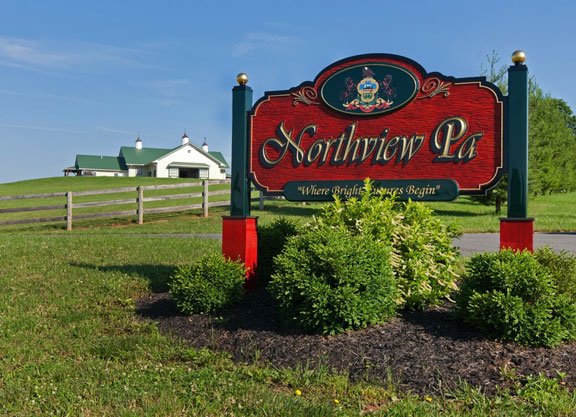 Northview Stallion Station announced Monday that it plans to close its Pennsylvania operation and operate solely in Maryland.

Northview is the leading breeder in Pennsylvania, where the future of the racing and breeding industries are uncertain after Gov. Tom Wolf announced his intentions in February to divert $200 million from Pennsylvania Race Horse Development Fund to a program that would create scholarships for Pennsylvania residents applying to colleges in the state. But Northview General Manager/Director of Sales David Wade said the decision to close the Pennsylvania operation had nothing to do with Wolf's proposed cuts.

Wade said Dr. Michael Golden, the son of Northview founder Richard Golden, is taking a more active role in the management of the farm and wanted to consolidate operations.

Wade said that Wolf's proposal did not seem to have a negative impact this year on Northview's Pennsylvania stallions.

“I didn't see many signs of it slowing down there,” he said. “Hoppertunity will breed close to 100 mares, which is very good for a second crop. He bred 129 in his first. You wouldn't expect to have as many in the second. When you approach 100 you are doing pretty well. Uncle Lino also had a good book. His first crop is now two and we'd all like to see racing resume so we can start to see what they can do.”

The Pennsylvania property, which is located in the town of Peach Bottom, will continue to operate normally until it is sold . The farm will shut down Nov. 30 if it has not been sold at that time.

Wade said Hoppertunity and Uncle Lino will stand at stud in Maryland next year. Plans for the Pennsylvania farm's other three stallions–Medallist, Peace and Justice and Bullsbay–have yet to be determined.

The Pennsylvania property will be listed with Patterson-Price Real Estate, one of the largest agricultural real estate companies in the region. Wade is hopeful that whoever purchases the property will operate it as a breeding farm.

“That would be great for the industry in Pennsylvania,” he said.

Northview Pennsylvania opened for the 2009 breeding season on 180 acres of farmland in Lancaster County. It includes an eight-stall stallion barn, breeding shed, management and booking office, three 20-stall broodmare/foaling barns, and a 12-stall yearling barn. Among the stallions to stand at Northview PA were Jump Start, the region's leading sire for much of the past decade.

Wade said that every employee at the Pennsylvania farm will be offered a similar job at the Maryland location.

“We don't plan on losing anybody,” he said.

Northview's Maryland farm opened in 1989 and Northview stallions have topped the Maryland sires lists 21 times through 2016. There are currently six stallions at the Maryland division.

“Mike is very excited about this,” Wade said. “I think we are going to thrive. We already have a strong operation there and will now get even stronger. That the bill to rebuild Pimlico has gone through, that's a very good sign for the future of Maryland racing.”

Though there are not casinos at Laurel or Pimlico, Maryland racing relies heavily on money that goes to the tracks from the state's standalone casinos. About 70% of all purse money in Maryland comes from the casinos, and there have been no signs that the money is in jeopardy of going away.