No Nay Never's Trillium On Top In The Molecomb 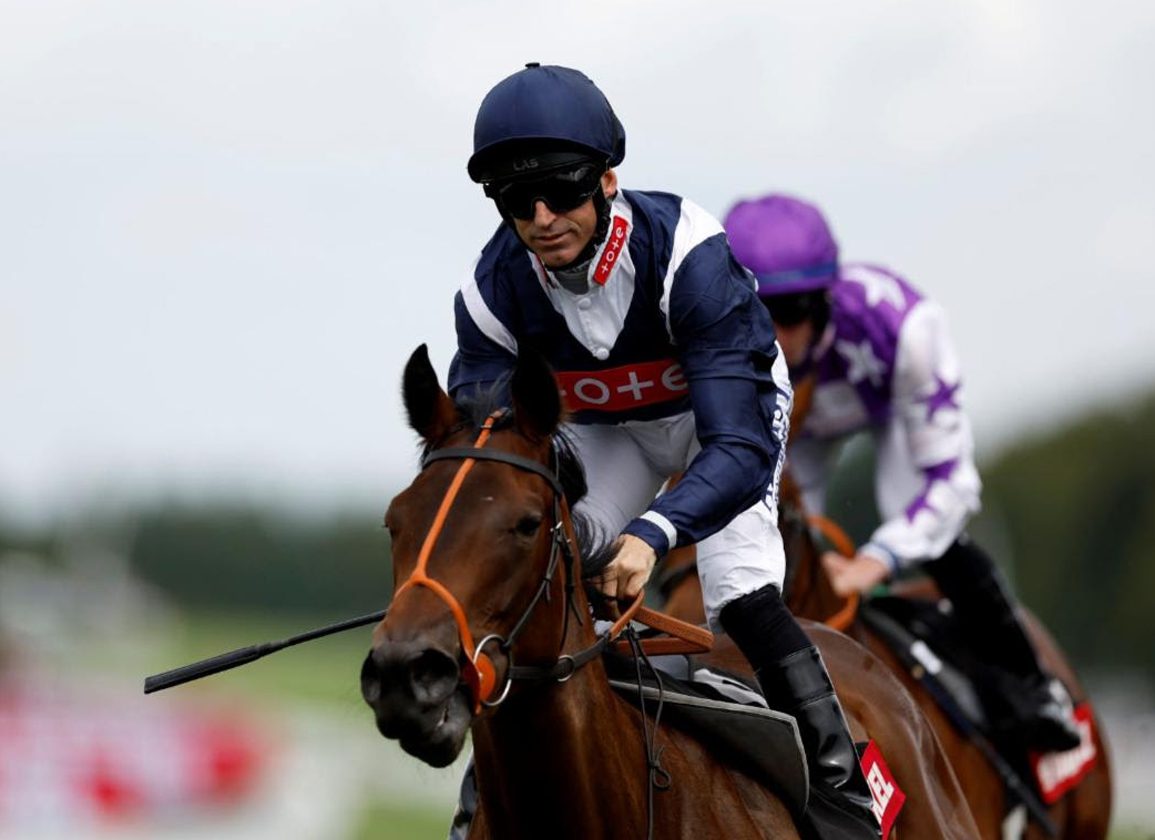 Rockcliffe Stud's 2-year-old filly Trillium (GB) (No Nay Never–Marsh Hawk {GB}, by Invincible Spirit {Ire}) was the lone distaffer in Wednesday's G3 Markel Molecomb S. at Goodwood and took full advantage of her gender allowance to deny Listed Dragon S. victor Rocket Rodney (GB) (Dandy Man {Ire}) in the five-furlong dash. She had opened up with a June 17 debut second tackling six furlongs at the Sussex venue and was let go at a generous 7-1 coming back off a four-length tally, again over six, at Newbury earlier this month. Unfazed in seventh behind furious early fractions up front here, she weaved a passage into contention approaching the final furlong and quickened smartly in the closing stages to win by 1 1/4 lengths, in a new track record, with plenty in hand.

“Trillium has always been a lovely filly, I was amazed she did not win here first time and she probably did not know enough and was a bit keen,” said trainer Richard Hannon. “She won her maiden very nicely at Newbury, we have come back from six furlongs to five and she is starting to look like a very nice 2-year-old. She came in late and is a credit to Rockcliffe Stud. We will look at the [G1] Prix Morny and Ed Sackville mentioned the [GI] Breeders' Cup Juvenile Turf Sprint. I did not put her in the [G2] Lowther as she was not showing this much speed then. She does not have to sprint and six furlongs won't be a problem. She looks like a very tall, strong 2-year-old and I would love to think she is a filly for next year, but she is a Group winner now and that would be a bonus.”

Ed Sackville, racing manager for Rockcliffe Stud, added, “It is absolutely fantastic. This is a homebred filly out of a mare called Marsh Hawk, who was fourth in the [G1] Fillies' Mile for us. We were offered a lot of money for Marsh Hawk and luckily turned it down. It has paid off as Trillium has just won the Molecomb in impressive style and we are delighted. Richard was keen to drop her down to five furlongs as he feels that she just shows so much speed. We had her in the Alice Keppel [conditions race], but as we're owner-breeders, the black type is more important, so it's great. I'll talk to Richard about future plans, but a race that interests me is the Breeders' Cup Juvenile Turf Sprint, a Grade I million-dollar race. That would be exciting, we've got black type and can go anywhere now.”

Rocket Rodney's trainer George Scott reflected, “We were beaten fair and square by a better horse on the day. Trillium was the fly in the ointment really for me going into the race. She's a well-bred filly from a good operation, who was impressive last time out, and she was always the one I was worried about. We've beaten Eddie's Boy by the same distance we've beaten him in the last two starts, so we've probably just run to our form and she has improved past us. We are working back from the Breeders' Cup, we will probably give him a couple of easy weeks and then work towards the [G2] Flying Childers. Then he will run once more, depending on the ground, and we want to end up at Keeneland for the 2-year-old five-furlong race on the Friday. It's a newish race and it will be perfect for him.”

Third-placed Walbank's rider Rossa Ryan added, “I had to do the donkey work on my own side, but I was a step slower away so that didn't help. He has run well and he's a real, true five-furlong horse. He should win his black-type race and I would be disappointed if he doesn't.”