No Longer Allowed to Race at NYRA, 10-year-old Sent to Parx 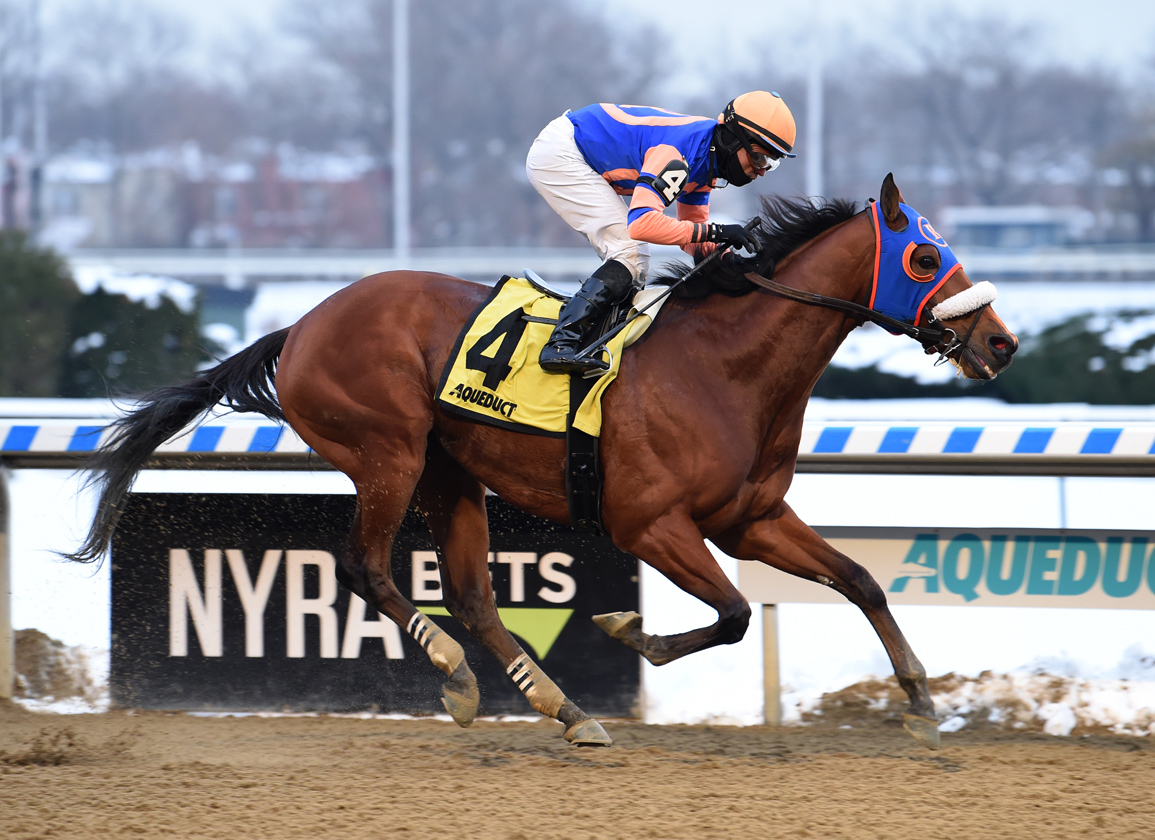 Backsideofthemoon (Malibu Moon) has lived on the Belmont backstretch since 2015, but that changed Tuesday when a van picked him up to take him to Parx. It's not where owner Charlie Halas or trainer Pat Reynolds want him to be, but they didn't have much choice in the matter. Even though he finished third in a stakes race, the Queens County S., in his most recent start, Backsideofthemoon is no longer allowed to race or stable at the NYRA tracks because he has turned 10 years old.

“I was emotional having to walk that horse to the chute to get him on the van and I was pissed,” Reynolds said.

Halas claimed Backsideofthemoon for $62,500 out of a Feb. 8 optional claimer last year at Aqueduct. It was the second time he had claimed the horse. Though it is always risky to claim a 9-year-old, particularly one for $62,500, Halas had no reason to believe that his horse was 11 months removed from being ineligible to race at the NYRA tracks. In April, two months after the claim, NYRA announced a new rule that prohibited horses

10 or older from running at its tracks.

“[Halas] loves the horse but he never would have taken him for $62,500 if he knew he couldn't run him here,” Reynolds said. “They make stuff up as the go along here in New York. He claimed the horse and then they come up with the rule that a 10-year-old can't run here. He thought he might be grandfathered in because he had him before the rule was made.”

Backsidfeofthemoon was 0-for-10 in 2021, but still managed to earn $93,800. He finished in the money in three of his last four starts, all of them at the allowance or stakes level. He concluded his 8-year-old campaign with a win in the 2020 Queen's County.

Reynolds said he understands why NYRA put the rule in place, but says an exception should have been made for a horse who is still competitive at the stakes level.

“I understand their point,” he said. “They don't want to be scraping 10-year-olds off the racetrack and have PETA jumping up and down saying 'I told you so,'” the trainer said. “I understand the rule, but in the case of this horse we feel a little slighted. He just ran third in the Queen's County, which shows that he still has some life in him. He has run 94 and 95 Beyers in his last two starts.”

According to the rules, Backsideoftheoon should have vacated his stall at Belmont by Jan. 1, but Reynolds managed to milk out a few more days in New York for him. He's worked him twice this year, most recently on Tuesday prior to his ship when he went four furlongs in :51.90 over the Belmont training track.

Knowing that NYRA wasn't about to let the horse stay at Belmont much longer, Reynolds sent him to Parx where there are no rules that prohibit a 10-year-old from racing. Backsideofthemoon was entered in an allowance there next Tuesday. He will race one more time for Reynolds and then will be turned over to trainer Michael Aro.

“This is such a shame,” Reynolds said. “He's been consistent, is sound and is easy to train. The horse is doing really well right now.”

When asked for comment, NYRA spokesman Pat McKenna provided the following statement: “Horses 10 years of age or older are ineligible to be stabled or compete in races at Aqueduct Racetrack, Belmont Park and Saratoga Race Course. This NYRA rule was implemented in April to enhance equine safety and remains in place today.”