No Lasix in Maryland’s Graded Stakes Starting in 2021 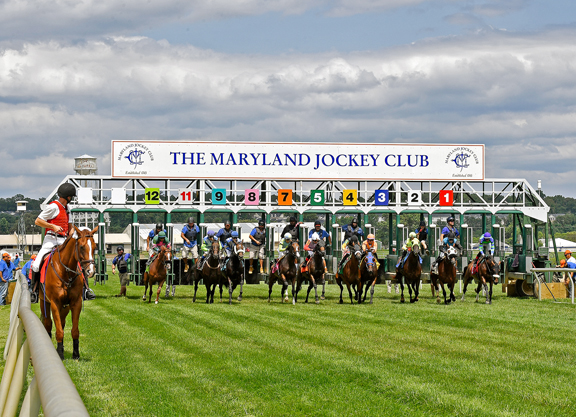 The Maryland Racing Commission (MRC) voted unanimously  Wednesday to expand a race-day Lasix ban that began this year with 2-year-olds to include horses of any age competing in graded stakes starting in 2021.

“A few months ago, the commission passed an emergency regulation restricting Lasix to any horse that’s two years old for the next three years, as part of [a negotiated] agreement between the HBPA and The Stronach Group,” J. Michael Hopkins, the MRC’s executive director, explained prior to the vote during the Dec. 2 teleconference meeting.

“Moving forward, it also included graded stakes races beginning in calendar year 2021,” Hopkins said. “What this regulation does is extend that restriction for 2-year-olds to include any horse [of any age] running in a graded stakes going forward in accordance with that agreement.”

Prior to the vote, commissioner David Hayden, who has bred Thoroughbreds at Dark Hollow Farm near Baltimore for three-plus decades, asked for a clarification on the current Lasix rule for 2-year-olds. He wanted to know if the current crop of juveniles who have been racing without Lasix this season will be able to receive it in Maryland once they turn three Jan. 1.

Hopkins confirmed that yes, the current crop of juveniles will be permitted Lasix in less than a month after starting their Maryland careers without it.

“That doesn’t make any sense,” Hayden replied. “But, what do I know?”

The first tweaked the existing regulation on shock wave therapy. Currently, Hopkins explained, horses can’t race in Maryland for 10 days after receiving that treatment. The revised version of the rule now prohibits shock-waved horses from working out on the track during that same 10-day post-treatment window.

Another rule change will require trainers and assistants to affirm that they have participated in four hours of continuing education programming prior to being granted a license. Although this rule doesn’t take effect until Jan. 1, 2022, the coursework itself must be completed during calendar year 2021.

The MRC also proposed a new rule, based on recent discussions with horse people and track officials, to extend the right for a new owner to void a claim if the state veterinarian observes that a claimed horse is lame while cooling out in the test barn up to one hour after a race.

Although this rule still has to be published in the state register and go through a public commentary phase before it can be voted in for good, Hopkins suggested that commissioners adopt it as an emergency regulation simultaneous to that process, “to move it forward in a more expeditious manner.” Thus, it takes effect right away.

Sal Sinatra, the president of the Maryland Jockey Club, which owns Laurel Park and Pimlico Race Course, gave commissioners a brief update on the grass course at Laurel.

“We’re putting our turf course to bed,” Sinatra said. “We have some sand coming in next week; we have a deep drill-and-fill process that’s going to happen the week after on the turn. It doesn’t drain. We’ve reached out to some consultants [and] a company from Virginia is coming to dig down about 12 to 18 inches to put some sand in that turn to help with drainage. Just preparing [for next season] as we move forward.”