Newspaperofrecord's Dam to Sell at The Tattersalls December Mares Sale 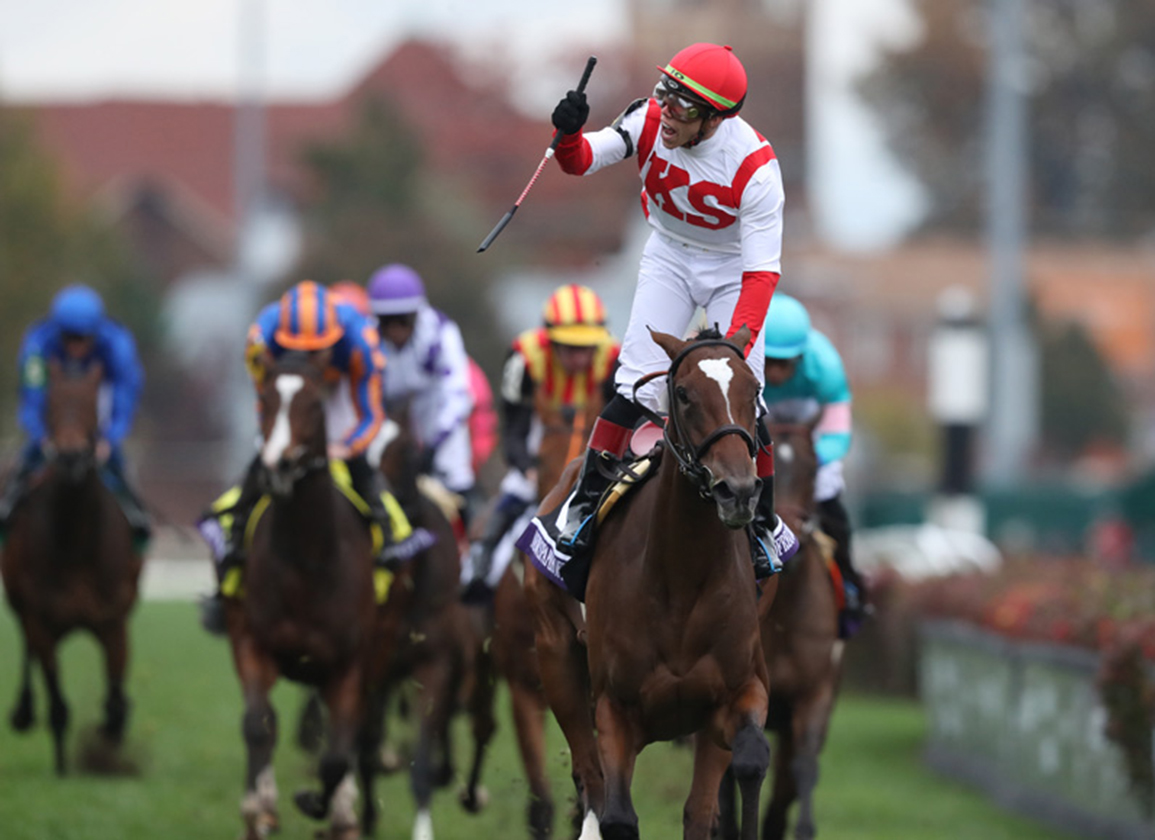 A winner of the G3 Sceptre S. and second in the G1 Cheveley Park S., Sunday Times will be joined by her fourth foal in the Goldford Stud consignment at Tattersalls, the winning Daily Times (GB) (Gleneagles {Ire}), who is also in foal to Lope de Vega (Ire).

“Sunday Times is a truly outstanding broodmare with a great future,” said Richard Aston. “She was a very smart race filly, she has produced a champion 2-year-old, she has a current Classic pedigree which will appeal to breeders from all over the world and she is gorgeous. It is a rare combination and Mr. Belshaw will be racing Newspaperofrecord's yearling own sister and this year's Kingman (GB) filly foal which is why he has decided to sell both Sunday Times and Daily Times.”

A half-sister to the dam of Group 1 winner Latrobe (Ire) (Camelot {GB}), stakes winner and multiple Group 1-placed Pink Dogwood (Ire) (Camelot {GB}) and group winner Diamond Fields (Ire) (Fastnet Rock {Aus}), Sunday Times's first foal was the listed winner Classical Times (GB) (Lawman {Fr}), who was also third in the G3 Chipchase S., while Newspaperofrecord was her third. The latter, who sold for 200,000gns out of Book 1 of the Tattersalls October Yearling Sale, also won the GII Miss Grillo S., GIII Intercontinental S., and was third in the GI First Lady S. for owner Klaravich Stables and trainer Chad Brown. The latest produce for Sunday Times is a yearling full-sister to Newspaperofrecord and a weanling filly foal by Kingman (GB).

After Newspaperofrecord's Breeders' Cup victory, Brown said, “Today she showed how good she really is and for her to win as easy as she did is remarkable.”

TDN columnist Bill Finley wrote that, “her performance might well be regarded as one of the best in the history of the series.”