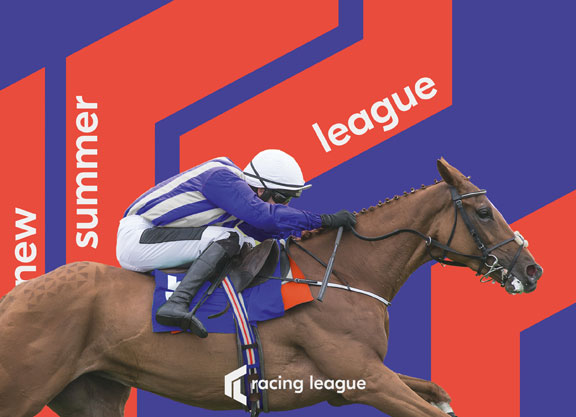 Team Newmarket Red leads the Racing League standings after the first card at Newcastle on Thursday evening, despite failing to post a winner.

The six-race card was the first of six meetings that comprise the £1.8-million Racing League, which pits 12 teams against each other in races worth £50,000 apiece. Team Newmarket Red, comprised of Robert Cowell, John and Thady Gosden, Sir Mark Prescott and David Simcock recorded three seconds and two thirds, good for 85 points. Team talkSPORT sits second.

Broadcaster Rupert Bell, who manages Team talkSPORT along with Alan Brazil, said, “There does seem to be quite a nice, friendly feeling about it, with all the teams doing their bit. I think it does feel right. It's a long haul, but if the racing can stay as competitive as it is at the moment, that's great. You've guaranteed 10 to 12 runner fields and surely the racecourses want that and the betting industry wants that.”

Paul Mulrennan, who rode Saluti to win the opening race for Team Arena, said, “At the end of the day, there's a lot of money being pumped into our sport, which can't be anything but good. I know there's a few people unhappy they've not been able to compete this year, but it might be their time next year. It could be a different trainer or jockey that gets a chance.

“There's a real good buzz in the weighing room tonight. All the teams and everything just makes it a bit different–it's not your usual Thursday night at Newcastle.”