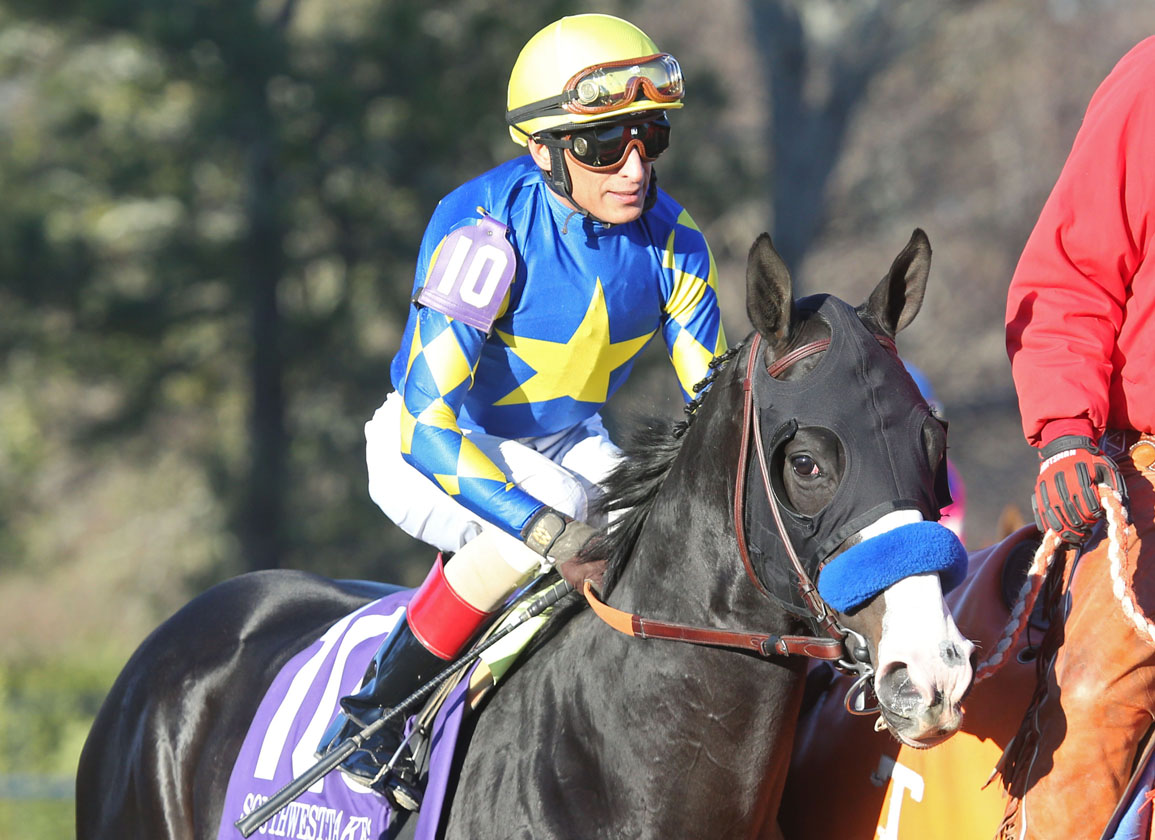 Bob Baffert trainee Newgrange (Violence), last seen taking Oaklawn's GIII Southwest S. Jan. 29 to up his record to three-for-three, faces 10 rivals including the next four Southwest finishers in Saturday's $1-million GII Rebel S. back in Hot Springs. Campaigned by the stallion-making conglomerate nicknamed The Avengers, the handsome dark bay was a debut winner sprinting at Del Mar in November before stretching out to a mile to annex Santa Anita's GIII Sham S. Jan. 1. He seemed to be spinning his wheels for much of the Southwest, but leveled off well late to oblige as the 3-2 favorite. Baffert, whose runners remain ineligible to earn GI Kentucky Derby qualifying points, has won a record eight Rebels including the last two.

Second in the Southwest was Barber Road (Race Day), who also completed the exacta in Churchill's Lively Shively S. in November and the Smarty Jones S. in the local slop Jan. 1. Wide-drawn Dash Attack (Munnings) was an impressive winner of the Smarty Jones, but was a dull fifth in the Southwest–his first try over totally fast dirt.

Among the fresh faces in with a chance is MyRacehorse's Chasing Time (Not This Time), a 7 3/4-length optional claiming romper here Jan. 14 when stretched to two turns for the first time. He'll need to step forward from the 81 Beyer Speed Figure he earned last out, but will look to add to young sire Not This Time's extremely strong hand of Triple Crown hopefuls (click for more).

Should the pace fall apart, Un Ojo (Laoban) could pick up the pieces. The gelding returns to the Ricky Courville barn after two starts for Tony Dutrow at Aqueduct–a neck second in the lucrative NYSS Great White Way S. Dec. 18, followed by another runner-up outing from far back in the nine-furlong GIII Withers S. won on the front end by well-regarded Early Voting (Gun Runner) Feb. 5.