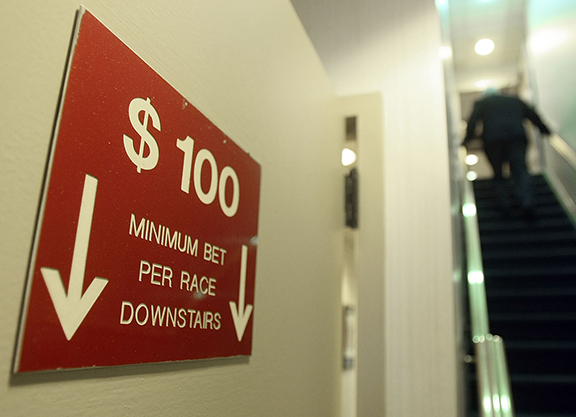 According to the article, authored by Phil Gambini, WROTB is “owned by 15 counties and two cities, and [is] charged with running legalized betting operations in western and central New York. It shares its profits with those local governments and the State of New York. Its employees, starting with its well-compensated CEO, Henry Wojtaszek, are treated as public-sector employees, drawing, for example, a pension from the state.”

The story further revealed that WROTB reported some $3.1 million in cash reserves in its last audited financial statements, and that Wojtaszek’s current $191,938 salary represents double what he earned when he joined the corporation as general counsel a decade ago.

Wojtaszek, according to the article, has continued to receive full pay even while WROTB’s three senior managers took a 50% pay cut and some 450 full and part-time employees were furloughed around mid-April because of the pandemic.

Yet, the story noted, “It appears permissible under the PPP, which is coming under increasing criticism for providing funds to questionable recipients while denying money to many legitimate small businesses.”

The article pointed out that, “The challenges of 2020 follow a difficult 2019 for OTB. Last year, federal investigators continued to dig into its operations, the state comptroller launched a sweeping audit, and a growing number of critics questioned its spending on everything from health insurance for board members to the purchase of luxury suites for concerts and sports events.

“Despite the troubles, OTB’s board of directors voted to give Wojtaszek a raise in December,” the article continued. “That upped his total compensation to about $191,938, making him one of the highest-paid public officials in Western New York … Wojtaszek’s 2020 salary exceeds OTB’s payouts to 12 of the 17 counties and municipalities that own OTB and receive profits. While OTB’s profits increased last year to $3.6 million, they have fluctuated over the years and down from a high of $8.7 million in 1987.”