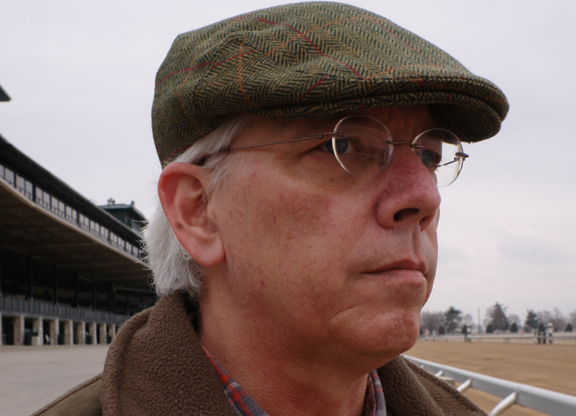 A little less than a year ago, a single horse stabled at Fair Grounds Race Course came down with troubling neurological symptoms. The horse was tested by a veterinarian, but the results were delayed because Louisiana’s state diagnostic lab was 100 miles away, and it was operating on a reduced schedule because of the Christmas holiday.

The illness was eventually pinpointed as an equine herpesvirus type 1 (EHV-1) infection. But because of the lag between testing and diagnosis, the outbreak had time to spread, resulting in a quarantine of the Fair Grounds stable area and horse travel restrictions in nearby states that lasted for months afterward.

Although the EHV-1 epidemic was eventually contained and treated, the financial losses for horse owners and regional racetracks because of the drastically reduced racing opportunities remains incalculable.

What was needed to better detect and curtail the spread of that herpes virus–and other infectious diseases that might blindside the Thoroughbred industry–was a way for veterinarians to rapidly and accurately diagnose equine patients wherever they are without having to rely on a remote testing lab to provide the results hours or days later.

Even as that EHV-1 outbreak raged, Dr. David Nash, a veterinarian based in Lexington, Kentucky, was already well on his way to inventing just such a diagnostic tool: Leading a team of scientists and engineers, Nash has developed a battery-operated device that uses a disposable, one-time-use computer chip to identify bacteria and viruses in fluid samples swabbed from horses. The results are available in about 25 minutes, and are displayed on a regular smart phone that interfaces with a portable testing unit that can be used just about anywhere.

“This technology would have allowed that first Fair Grounds patient to have been diagnosed right there in 25 minutes,” Nash said last week in a TDN conference call that included two of his collaborators. “Moving forward, we’re going to empower veterinarians with the tools that otherwise are only available at laboratories. It’s not going to replace, nor is it designed to replace, brick-and-mortar laboratories. But at the end of the day, it’s going to allow first responders, which in our case are practicing veterinarians, to do a heck of a lot better job.”

Although the device itself, named PathTracker, has the potential to be a veterinary paradigm-shifter, the way Nash and his team went about getting funding to start the project was also ingenious.

In 2015, the National Science Foundation (NSF) awarded them a three-year, $999,950 grant, which is remarkable because the NSF makes very few animal-related grants, Nash said. To get greenlighted for the grant, the PathTracker team had to emphasize that the device could have far-reaching utility as a diagnostic tool in human medicine. Horses were used as an animal model for respiratory disease to prove the concept could work.

PathTracker is about two years away from being commercially available, said Dr. Brian Cunningham, the electrical engineer who pioneered the microfluidic chip technology that has proved the diagnostic tool can work at the “demo” stage right now.

Even though each unit will initially require about $500 worth of components to bring it to the in-the-field prototype stage, Cunningham said the team is talking with companies that believe they can manufacture PathTracker at an eventually far lower cost–perhaps in the $100-per-unit range.

“So I think you could almost give away the readout devices, and make money from the tests themselves,” Cunningham said, referring to the various screening panels that will eventually be available on different chips. “Each chip is contained within a piece of plastic like a credit card, and is designed to be used once only and then discarded as medical waste.”

Dr. David L. Hirschberg, who is providing molecular biology expertise for the team, said the most promising aspect of the PathTracker technology is that the system designed to be open-sourced as far as the testing chips are concerned. This means that once the readout device is commercially workable, scientists and veterinarians will be allowed to come up with their own customized screening panels that can be put on chips to test for whatever they want.

Because of this wide-ranging functionality, Nash noted that chip-based screening for illicit and performance-enhancing drugs won’t be too far down the development pipeline.

“The use of these microfluidic chips offers a range of possibilities to be able to create this ‘biological passport’ as it were, that horse racing and other sports are seeking,” Nash said.

Only a single droplet of fluid is required to trigger up to 10 different tests on each chip. The testing card gets inserted into a slot in the body of a cradle in the same manner as chip readers used for credit card transactions. The card gets heated from below while light-emitting diodes (LEDs) shine on it from above.

The cradle then accepts an unmodified smart phone, placing the chip in front of its rear-facing camera. Software on the smart phone automatically recognizes the regions of interest within the image that correspond to the relevant testing lanes and determines a fluorescent intensity value to determine whether each testing region is positive or negative.

Right now the team considers itself ahead of its own development schedule with one year of funding remaining on its NSF grant. Nash said the team is “aggressively seeking other funds” to pay for “a serious biosurveilance program” at either a racetrack or large horse farm. “At that point, we would be able to do a serious field test and hopefully be able to go into mass production of these and get them in the hands of veterinarians,” he explained.

Nash envisions PathTracker evolving into an indispensable tool, similar to the way portable x-ray and ultrasound machines are now standard pieces of equipment carried in the vehicles of many veterinarians.

“The ultimate goal is to end up with healthier horses,” Nash said. “But when there is a disease outbreak, our end goal is to be able to do epidemiological studies in real time while the outbreak is going on. That is going to save the Thoroughbred industry millions and millions of dollars. I can’t even hazard a guess as to how much money was lost when all of those horses were quarantined at all of those racetracks. [The EHV-1 outbreak] was a huge problem.

“What are we going to do if [a similar outbreak] affected Churchill Downs on the first Saturday in May?” Nash asked rhetorically. “This is a serious, serious matter, and we are storing gasoline next to our furnace and hoping our house doesn’t burn down. We need to get serious about this, and this technology will allow us to do so.”