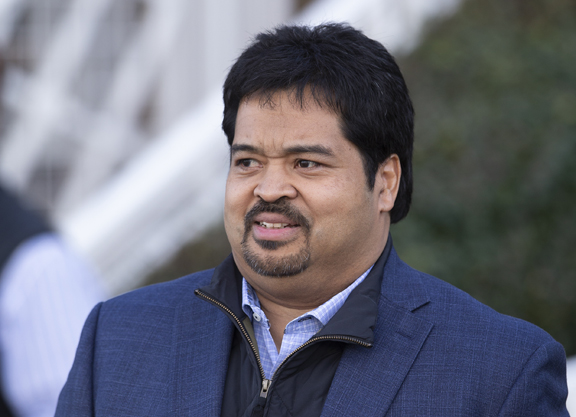 The new set of safety and welfare protocols that Santa Anita announced will be in place when racing resumes at the facility have triggered mixed emotions among various vested interests–on one side, satisfaction that the track is taking bold steps to tackle high fatality numbers, but on the other, questions marks linger over the logistics involved with implementing some of these steps, as well as the manner in which these measures were formalized.

The Stronach Group announced the changes Friday afternoon, and they included a new provision requiring trainers to provide 24-hour advance notice to track officials if they intend to work a horse, in order to give track veterinarians–via past performances, workout data and through physical inspections–time to identify possible “at-risk” horses.

Santa Anita has hired additional veterinarians “to observe all horses entering and exiting the track each morning.” An accredited veterinarian will fill the newly created role of Director of Equine Welfare will oversee “all aspects of equine well-being” and will head a new “Rapid Response” team for injuries.” A new “House Rule” requires each horse’s veterinary records to follow that horse through any trainer or ownership change, claim or private sale. A similar program is in place at Gulfstream Park.

On Saturday, Santa Anita added flesh to the bones of some of those new protocols. Work slips were handed out to trainers, requiring the following information: work date, trainer name, barn number, and horse name. Trainers could be fined if they don’t submit a request, which is required by noon at the Racing Office the day before the intended work.

The Stronach Group COO Tim Ritvo spoke with the TDN Saturday, and expanded on some of the details.

“Morning workouts are never monitored,” he said. “We’re going to be asking people to report and get permission to work. If everything is normal, they’ll be allowed to work. If there are ones with suspicious activity, like inconsistent work patterns, they will be flagged and they would have to be examined before they can work. And there may be some horses we decide we don’t need here anymore.”

As for the house rule concerning veterinary records, “we’ve done this in other jurisdictions,” Ritvo told TDN. “When horses get claimed and get passed around the vet records should be passed along with them. Then the new trainer will be able to see some of the issues the prior trainer had to deal with. There was initially some push back to this in Florida, then everybody started to like it.”

Administrative questions of execution and implementation hover over these same protocols, nonetheless. After a trainers meeting Saturday morning at Santa Anita, California Thoroughbred Trainers executive director, Alan Balch, said that, “we are in favor of doing everything we can to improve the health and safety of these horses.”

However, he said the horsemen had also raised a number of questions and concerns about the new protocols, including the approach Santa Anita took to draft them. “I believe that neither of the horseman’s groups were directly or indirectly involved with developing this program,” said Balch.

In regards to the 24-hour advance notice for workers rule, Balch said that he and the horsemen were seeking clarification on a “great many issues” pertaining to how the rule might be implemented. This includes how the trainers will be notified if a horse is red-flagged, and how the examining veterinarians will coordinate with the trainers, especially those with large, busy strings.

Another important question is how this rule applies to Los Alamitos and San Luis Rey Downs, Balch said. These facilities are all approved stabling areas for Santa Anita, he said, “and we’re going to ask if the same rules apply.”

Later Saturday afternoon, Santa Anita’s vice president of racing and racing secretary, Steve Lym, told TDN that the criteria for possibly flagging horses could include those coming back after a long lay-off, horses beaten a wide margin in their last race, and horses on the vet’s list.

The intention will be, said Lym, to contact the trainers of flagged horses the afternoon before a scheduled work, to discuss with them possible exculpatory factors as to why the horses has been identified. After that, if necessary, the horses will be examined physically.

“I can’t see too many horses that need to be looked at,” said Lym, who added that the new director of equine welfare will be the one conducting the examination. Until that position is filled, there are a number of track and state vets who could temporarily fill the role, he said. “We’ve got lots of help with the vets here.”

If a horse is subsequently found to be unsound, “and obviously unsound, then of course it will have to be put on a vet’s list to come off it again,” he said. “But this is just a check. So, if we flag a horse who hasn’t run in, say, a year, and we take a look at that horse, we talk to the trainer and it’s been galloping for six weeks and it looks good, we’re not going to stop that horse from working and getting ready to race.”

At the moment, the program will be focused on Santa Anita, though Lym added there have been discussions about expanding it to San Luis Rey Dows.

“Look, we have some of the best horsemen and horses in North America here,” Lym added. “We’re not questioning that. We’re just putting on some safety measures we think are prudent right now. Check and double check.”

In regards to the house rule concerning veterinary records, Balch said there might be a number of legal issues preventing Santa Anita from implementing it. “The medical records aspect of this is going to need a lot of work,” said Balch. “Things that are administratively and legally possible in Florida may not be possible here. In California, owners have certain responsibilities. There are certain privacy issues.”

Interestingly, the CHRB is soon expected to put out for the 45-day public comment period a proposed rule to transfer the medical records of horses claimed in a claiming race.

Santa Anita has also expanded from 10 minutes to 15 the time designated for workers after a break on the track. “This doesn’t sound like much, but for a trainer with a small string trying to get two sets out there in the remaining time, that could be an issue. I’m not saying it’s trivial, but it’s a detail, and that’s the type of thing we’d like to discuss,” said Balch.

“We should be working on these things together,” said Balch, who added that he hoped to be meeting with Santa Anita management soon, possibly on Saturday. “We are in the same sport, and certainly [Ritvo’s] points about the health and welfare of the horses and riders being paramount importance, we believe that and we always have.”

California Horse Racing Board (CHRB) executive director, Rick Baedeker, said that his initial reaction to the new safety protocols at Santa Anita was, “good, we need to show the world we’re going to change to protect the horse, and to protect the game itself.”

Baedeker confirmed that the new steps would be in addition to the safety protocols already in place. He added that the description of the new director of equine welfare matches that of the CHRB’s equine medical director. “I think it’s a good thing,” Baedeker added. “It’s a good match of the regulator and the racetrack.”

In a statement, Alex Waldrop, president and chief executive officer of the National Thoroughbred Racing Association, said that the new steps Santa Anita has taken are “among the most progressive” in all of horse racing. “We applaud track officials for taking these important steps which will lead to a safer racing environment for humans and equines.”