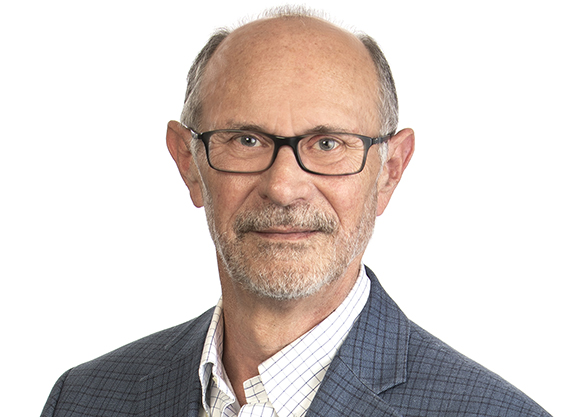 An established Kentucky bank is emerging as a new player in the equine lending sector. Independence Bank, a primarily commercial institution with a large footprint in the western part of the state and an asset portfolio that emphasizes agriculture, expanded into Louisville in 2016 and just this fall hired the Lexington-based Ted Berge, who has three decades of Thoroughbred-specific banking experience, to be its director of equine services.

“When you think about equine lending and you talk to anybody in the industry, Ted Berge’s name comes up first,” Louis Straub II, the Louisville market president of Independence Bank, told TDN in a recent conference-call interview. “So if we are going to build a specialty and help the industry, we’re going to have the best. You need the best in order to succeed. With Ted’s availability, that made us decide that it was time to enter into the industry.”

Berge, who was raised in central Kentucky and initially got involved with the Thoroughbred business as a transactional attorney, transitioned to banking in the late 1980s. His interest in the sport and his personal experience as a farm owner have not only helped him carve out a niche as a go-to banker who understands the specialized capital needs of horse business owners, but those twin equine passions also serve as the basis for why Berge wants to provide financial services to the Thoroughbred community.

“No offense, Louis, but I don’t know if I could be a banker if it wasn’t for the horse business,” Berge said in the same conference call. “I really like the business. Kentucky’s horse country is beautiful. The people are interesting and diverse. International owners come from everywhere.”

Yet despite Kentucky’s being the epicenter of Thoroughbred breeding for North America–with a billion dollar-auction market, hundreds of horse farms, five commercial racetracks, a dizzying array of daily private bloodstock transactions, and a wide supporting structure of related businesses that include hospitality, veterinary, and feed services–the state is considered, within banking circles, to be somewhat underserved by commercial lenders.

“Right now there are primarily four,” Berge said. “Independence Bank, Limestone Bank, Farmers National Bank of Danville, and Chase. There are others that handle horse operations accounts and do farm mortgages. But specifically, on ones that will utilize Thoroughbred bloodstock as collateral, there are very few.

“It’s really a business of client selection,” Berge explained from the lender’s point of view. “You need to make sure you’re getting people who have good operations, that they’re otherwise well-capitalized, that they plan well, and that their business model makes sense. And to some extent, that takes having been around [the horse industry] for a long, long time.”

Berge has been around long enough to candidly admit that given the current uncertainty of the economy because of the COVID-19 pandemic, it’s a curious time for any bank to decide to enter the sometimes-risky equine lending sector.

In his 30-plus years as a horse biz point person for various banks (he just finished a 12-year run with a major player in equine lending but said non-disclosure obligations keep him from discussing specifics about that job), Berge has a solid working knowledge of when banks find the Thoroughbred industry attractive and when they decide (or are forced) to exit it.

Historically, Berge said, banks get in at the top of the market when business is booming, like in the 1980s or the pre-recession 2000s. “They kind of buy high and sell low,” he said.

But starting an equine lending program when the marketplace isn’t so robust can be a unique opportunity for a bank, Berge said.

For starters, Berge explained, banks are usually keen to perform due-diligence “stress testing” to try and prognosticate what might happen when markets turn downward. But right now, he said, “this is a time when this won’t be a test. This will be the real thing.” So if Independence Bank acts prudently in its initial wading into equine lending, it could be well-positioned for when boom times cycle back.

With that in mind, Berge said he will be on the lookout for clients who have a track record of weathering down-market conditions.

“There are some real opportunistic asset acquisitions you can do when other operations are having to sell things because they have to,” Berge said. “The really good horse operations are ones that tend to buy in all markets. We certainly don’t want them to not buy in a market [just because it’s] down.”

But when it comes to pinning etched-in-stone values on equine assets that get used as collateral, Berge is emphatic in underscoring that’s not his primary role as a banker. Nor, he cautioned, should it be the role of any financial institution that is serious about excelling in Thoroughbred-related lending.

“Banks that have gotten into it and made mistakes have been ones that, in my observations, depended a little bit too much on ‘We can do this because we know how much these horses are worth,'” Berge said. “I will tell you this: I’ve been around the horse business for a long time, and nobody is asking me to tell them what horses are worth. There are other people who are good at that. I know a little, but I know enough to know I don’t know enough.

“So if you start thinking of it as asset-based lending, and horses are always going to be worth a certain amount, then you can make mistakes,” Berge said. “And once you make those mistakes, it makes this business look very difficult.”

There are other specialty challenges to equine lending, Berge said. The two primary ones are that the collateral base turns over a lot, and that the revenue stream of commercial breeders is extremely seasonal.

Those parameters, Berge said, apply to the two main categories of clients that equine lenders serve: Commercial breeders and stallion owners, and also owner-breeders who do some occasional selling but are primarily involved in racing, with the goal of producing an increasingly valuable pool of assets.

Berge said prudent equine lenders don’t select clients based solely on the size of the operation.

“Obviously, [a lender] would like large, successful, well-capitalized clients,” Berge said. “But we’re not going to shy away from smaller ones if they make sense economically and [have shown] part-performance abilities. But it’s a tough business to get start-up capital for–most businesses are.”

That’s because “if somebody is going to get into the horse business and plans on fully leveraging their breeding stock purchases, they’re not going to be able to respond to a market like the one we’re seeing [now],” Berge said. “The great thing about leverage is it sometimes allows you to increase profits because you’re able to buy more productive assets, and those assets produce revenues. But [an opposite effect] can happen in a down market. It tends to exaggerate losses.”

“And that’s all organic growth,” Straub said. “We have never merged with anybody. That’s all based upon client service. According the American Bankers Association, the last ranking they did in 2018, we were the fourth most financially sound bank in the United States of America in the community bank space.”

Straub said he’s known Berge for years, from when they both worked at another bank together.

When Straub heard Berge was leaving that previous employer, “I got together with our management team, and we saw the real need for another Kentucky-based bank to really support the Thoroughbred industry. Equine is too important of an industry for the state of Kentucky to not be supported by Kentucky banks. Given our history and our specialty in the agriculture segment, we thought that the equine industry could fit in perfectly with what we do.”

Berge said he has continued to monitor Kentucky’s equine marketplace during his transition this autumn to Independence Bank. But he admitted that no matter how close any banker is to the Thoroughbred industry, the pandemic has made it difficult to get a true near-term picture of its economic direction.

“Exactly how this is going to impact the Thoroughbred market going forward is really difficult to tell. It’s a disease-driven change in the economy,” Berge said. “In some ways, it was really encouraging the way the sales went, all things considered. It was a little surprising that the first two [Keeneland September yearling] books suffered as much as they did [because] high-quality assets tend to hold their values longer. But that may have had something to do with the lack of [high-spending] principals being able to show up at the sales; they tend to drive those high-dollar purchases.

“There is clearly a lot of disruption in the world of the horse business, from racing to how sales are conducted, and even the sales that were canceled,” Berge summed up. “But disruption can be an opportunity if you’re willing to step in and seize those opportunities when they pop up.”