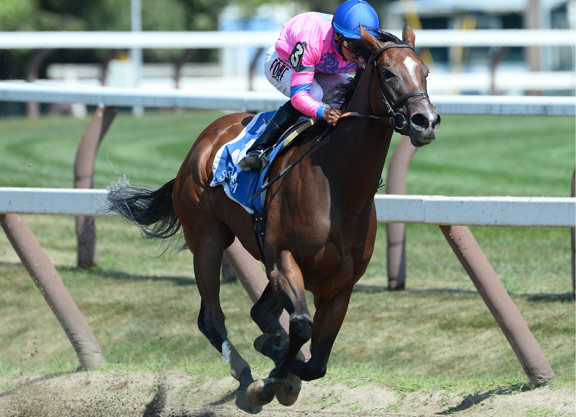 A $30,000 FTOCT purchase, the sophomore filly sped from gate-to-wire to don cap and gown by an eye-catching six lengths in her Feb. 16 unveiling at Oaklawn for trainer William “Jinx” Fires (video).

“We bought her last week and she is shipping to New York to join Chad Brown's string,” Crow said Wednesday afternoon. “She ran a six Thoro-Graph first time out, which we thought was really impressive, and just the way she did it. Jinx does a good job getting his horses ready and he's also a really good guy to buy from. He treats his horses well, so we felt comfortable buying off of him.”

“I watch a lot of racing at Oaklawn and was definitely impressed,” Crow added. “I looked up a family and the fact she was a New York-bred to fall back on too was huge. That mare [Noble Freud's dam Noble Fire (Hook and Ladder)] has been incredible. We are just really excited to be able to buy something in the family.”