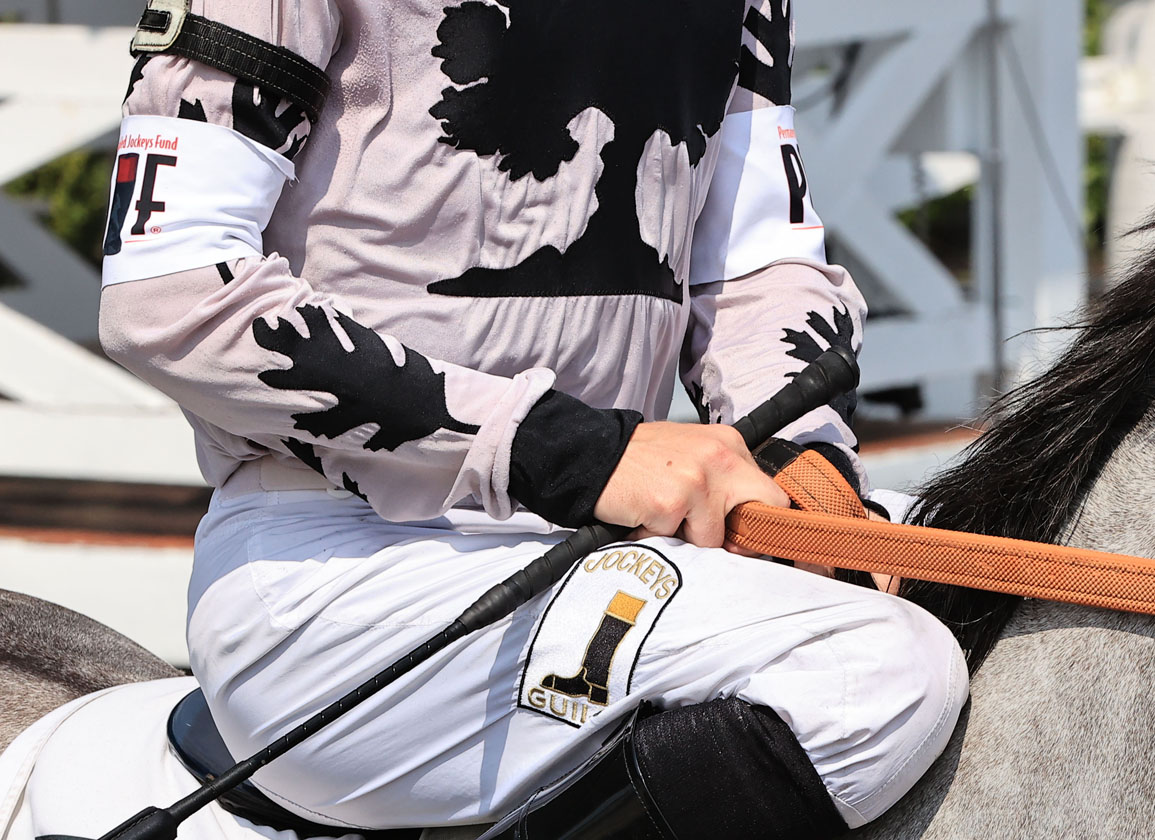 Monmouth Park jockeys will once again be allowed to use their whips to encourage their mounts when the meet kicks off May 7.

The change was made during a special hearing held Friday by the New Jersey Racing Commission, which voted to rescind rules that were put in place prior to the 2021 Monmouth meeting that allowed whipping only in cases where it was needed for safety reasons. New Jersey was the only state in the country where whipping was banned.

Monmouth's whipping rules were set to change July 1, when the Horse Racing Integrity and Safety Act (HISA) goes into effect. At that time, HISA rules will replace state racing commission rules throughout the country and the HISA whip rules allow for six overhand strikes. In addition, jockeys may tap the horse on the shoulder unlimited times if both their hands are on the reins.

Monmouth management went to the racing commission and asked it to overturn the whipping ban, arguing that it did not make sense to have the rules change in the middle of the meet.

The commission agreed, voting by a 5-1 margin to go with the HISA rules starting with opening day. Lawrence DeMarzo was the only commissioner not to vote to end the whipping ban.

“This is better than it was,” said Terry Meyocks, the president of the Jockeys' Guild, which had been staunchly against the whip ban, arguing that it raised safety concerns for the riders. “It's a safety issue. It's not subjective. They have to take into consideration what the jocks have been saying.”

As part of its argument, Monmouth cited handle figures for the 2021 meet in which daily average handle fell by 17.13%, which raised concern that some bettors stayed away from Monmouth because they weren't comfortable with the new rules.

To enforce the HISA whipping rules, Monmouth will establish a three-person committee of racing officials who will review races to make sure the jockeys are in compliance. If they are not, the penalties will be severe. First-time violators will forfeit their share of the purse, will be fined $500 and receive a three-day suspension. Second-time offenders will lose the purse money, be fined $2,500 and suspended for seven days. Anyone violating the rule a third time will lose the purse money, be fined $5,000 and banned for the remainder of the meet.

It was revealed during the hearing that the racing commission received more than 80 telephone calls asking it to keep the whip ban in place. Many of the callers told the commission they received texts or emails from PETA asking them to call the commission.