New Bay's Saffron Beach Bounces Back In The Atalanta 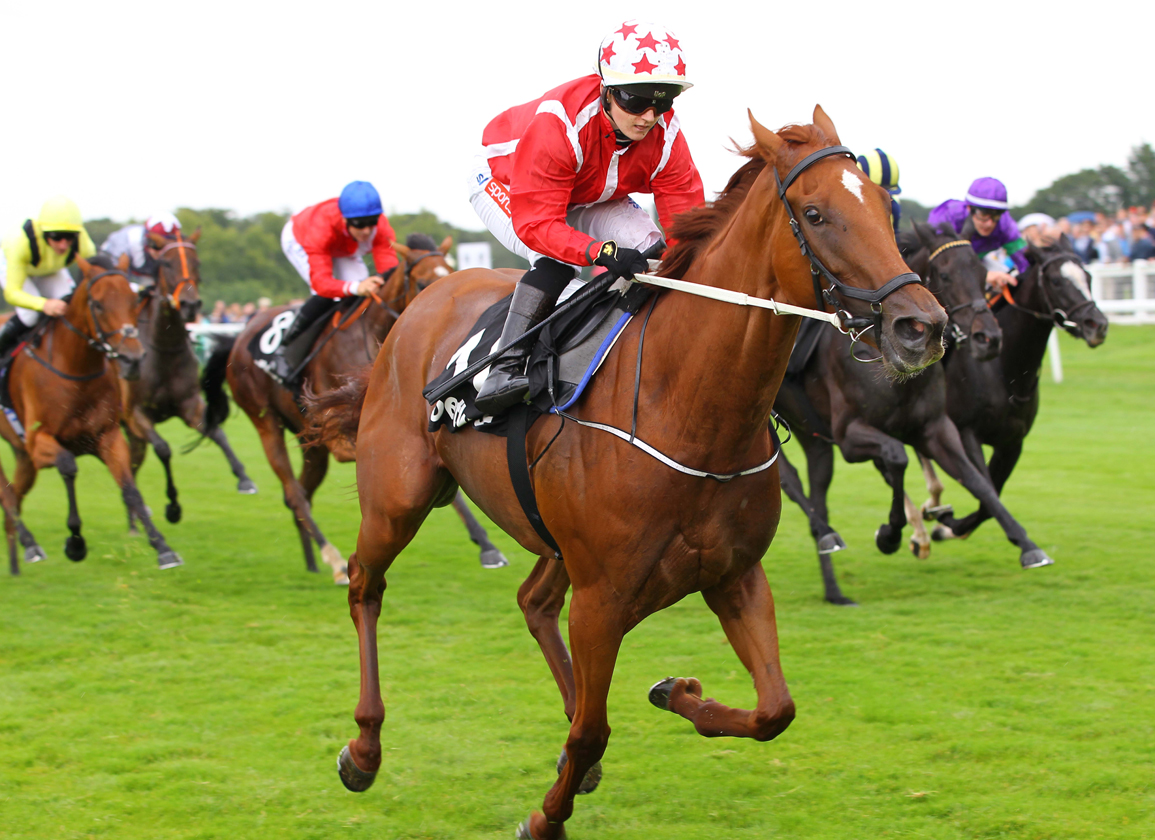 Yet another member of the cast from the G1 Falmouth S. to uphold the high standard of form of that July 9 Newmarket feature, Saffron Beach (Ire) (New Bay {GB}) who had scoped dirty after finishing 11th there came roaring back in Saturday's G3 Betway Atalanta S. at Sandown. Tracking the leading pair under Hollie Doyle, the May 2 G1 1000 Guineas runner-up was sent to the front approaching the two-furlong marker and stayed on strongly to take the mile contest by 2 1/4 lengths from Waliyak (Fr) (Le Havre {Ire}), with Ville de Grace (GB) (Le Havre {Ire}) half a length away in third. “I was surprised she went off the price she did, as on form figures she had the best in the race if she turned up and she did,” Doyle said of the 9-2 shot. “She settled beautifully today and that ground probably slowed her down a bit and she dropped her head. I knew she would get a bit further, so I committed two down and she ran through the line. I think she would get 10 furlongs, but ridden like that I don't see why she can't stay at a stiff mile.”

Successful in the seven-furlong G3 Oh So Sharp S. on soft ground at Newmarket in October, Saffron Beach found the speedier Sacred (GB) (Exceed and Excel {Aus}) 3/4 of a length too strong in the G3 Nell Gwyn S. over the same course and distance on her return Apr. 14 before her stellar effort in the Guineas. Eighth when failing to stay in the storm-hit G1 Epsom Oaks June 4, the chestnut had a valid excuse for her Falmouth flop but had a class edge here as long as that experience had not left a mark. “She really enjoyed coming up the hill the last two furlongs,” trainer Jane Chapple-Hyam said. “We had our hiccup in the Oaks and a hiccup in the Falmouth, where she scoped dirty afterwards, and she has come back here as the filly we know that she is. It was important today, just because we believe in the horse and I had to drop her back to a group 3 just to get the horse's confidence back as much as anything. I'd love to have a little go at the [GI] E. P. Taylor [at Woodbine Oct. 17] as I love to travel. I made my decision in the Oaks and it was wrong, so I think I have to leave it to the owners.”

Saffron Beach's dam Falling Petals (Ire) (Raven's Pass) counts among her half-siblings the G1 Middle Park S. third Huntdown (Elusive Quality) and the latter's full-sister Continua, who in turn produced the G3 World Trophy S. and G3 Molecomb S.-winning sire Cotai Glory (GB) (Exceed and Excel {Aus}). The second dam is the listed-placed Infinite Spirit (Maria's Mon), while the third dam Eternal Reve (Diesis {GB}) annexed the G3 Matron S. and was runner-up in the G1 Coronation S. and is related to the leading sire Miswaki. Falling Petals' unraced 2-year-old colt by Cotai Glory's sire was bought for 120,000gns by Shadwell at the Tattersalls October Yearling Sale Book 2 and is named Eshkaal (Ire), while she also has a yearling filly by Australia (GB) due to sell at the upcoming Book 1 Sale and a 2021 full-brother to Saffron Beach.