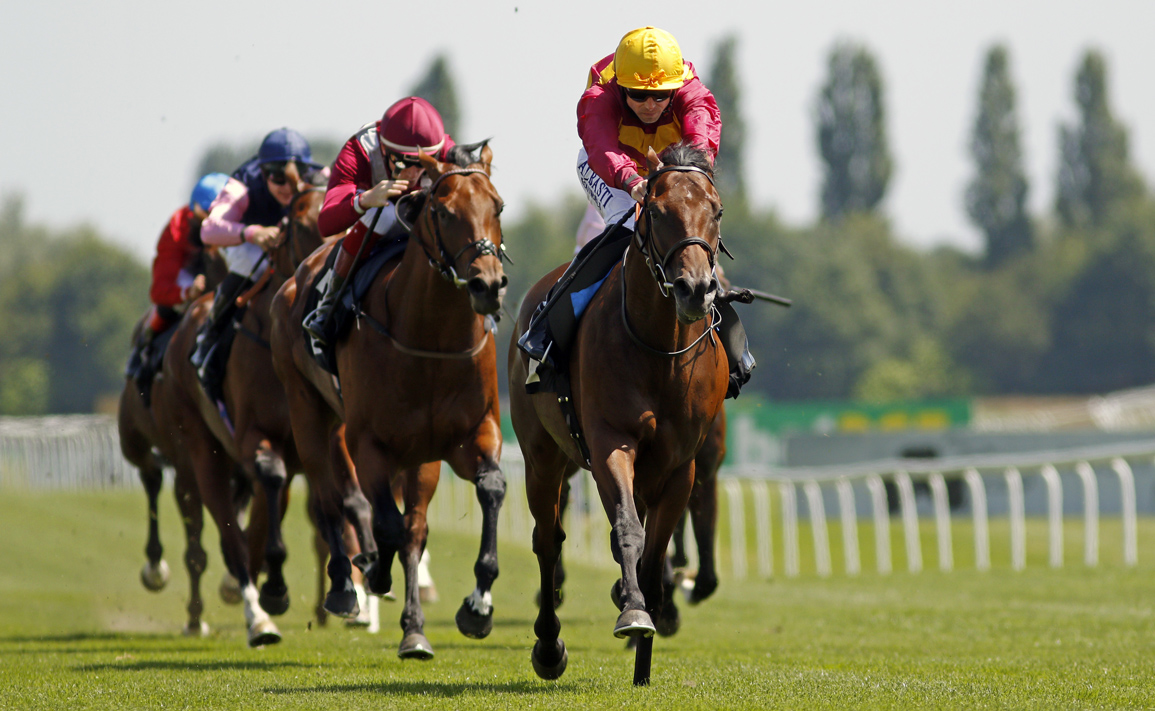 With the Gosdens and Frankie in such hot form and given the silks he carries, there was understandably a keen focus on The Queen's G3 Solario S. winner Reach For the Moon (GB) (Sea the Stars {Ire}) in Saturday's G2 Champagne S. at Doncaster. Patriots and Frankie followers were in for a late shock, however, as Teme Valley and Ballylinch Stud's highly-regarded Bayside Boy (Ire) (New Bay {GB}) ripped up the script to subdue the royal runner in the final strides and prevail by a head. Last seen finishing runner-up in Newbury's Listed Denford S. over this seven-furlong trip Aug. 14, the 5-1 shot was keen early under restraint from David Egan as Dettori set out to test his three rivals in front. Travelling apparently easily for much of the contest, that 8-13 favourite failed to get away from the outsider Twilight Jet (GB) (Twilight Son {GB}) and the warning light was on long before the Roger Varian trainee swooped to wear him down close home. “I was so disappointed last time, as he was in front before and after the line,” Egan said. “He is a nice, progressive horse and we came into today knowing it could be trappy as a four-runner race, so I nursed him along and I thought he hit the line hard and won a shade cosily in the end.”

Bayside Boy started out with an emphatic 3 1/4-length defeat of the useful Find (GB) (Frankel {GB}) over this trip at Newbury July 16, only to lose out in a photo to the more-experienced Masekela (Ire) (El Kabeir) in the race previously known as the Washington Singer over the same track and trip. Egan blames greenness for that narrow reversal. “I thought when I hit the front at Newbury, he was inexperienced and had a look at the stands,” he added. “He'll keep progressing into an even better 3-year-old, it's just a case of getting him switched off and saving as much energy as possible on that slow ground. He's so straightforward and getting him to relax early on is probably the key. That slow ground takes the turn of foot away from the others and maybe when it rides quicker he will need to be more handier.”

Varian is keen to try Bayside Boy in the Oct. 9 G1 Dewhurst S. at Newmarket if he gives the right signals in the interim. “He looked good when he won his novice at Newbury and probably showed his lack of experience when he was worried out of it back at Newbury,” he commented. “He showed he'd learned from Newbury and really stuck his head out–he was tough when he needed to be. He's quite a neat horse, he's not a giant. He looks a miler and saw the trip out well today. He'll be a miler next year. We'd like to run him again, but it depends on how he comes out of this. He is in all the big races and you'd have to be thinking of something like the Dewhurst.”

John Gosden said of Reach For the Moon, “The jockey said he wasn't in love with the ground, he wasn't travelling on it like he normally does. It's gone a bit dead, it's drying out after last night's rain and trying to make all into a headwind was just a bit much. Better ground, better horse is all I can say. He could run again, there are some nice races left at Newmarket and we'll see what the ground is like.”